CFOs can be optimistic that recovery is near—and plan their materials, labor and financial forecasts accordingly. 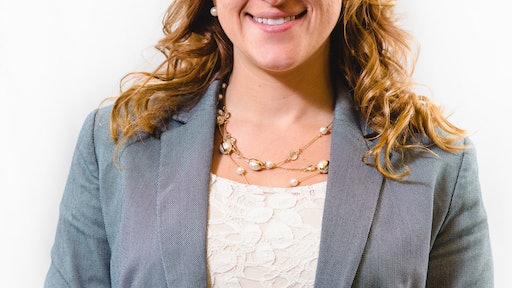 With industrial production in year-over-year contraction since September 2015, manufacturers have reason to want to close the books on 2016 and hope for a more prosperous 2017. But the year isn’t over yet and leading indicators that foretell the health of the manufacturing industry are suggesting that 2016 may close on a more optimistic note. CFOs watching these trends can be optimistic that recovery is near—and plan their materials, labor and financial forecasts accordingly.

While the industry is still contracting, the pace of contraction is actually easing, an early sign of recovery. This slowdown, combined with trends in the industry’s key leading indicators, suggest that the next six to nine months will be more favorable than the first three quarters of 2016 for the manufacturing side of the U.S. economy. How can we tell?

Economic indicators—statistical representations of activities directly impacting the economy—can be used to gauge future trends in business cycles, stock prices, global commodities, exchange rates and more. In particular, economists analyze the rates of change in key indicators from month to month and year to year to predict future trajectory shifts, growth or deceleration, within individual industries. For example, the U.S. economic recession less than a decade ago was actually foreshadowed by economic indicators several months before, but many did not realize it until we were deep into the recession.

The Institute for Supply Management (ISM) Manufacturing Purchasing Manager’s Composite Index gauges future manufacturing activity by summarizing five key sub-indicators: production levels, new orders, the supplier delivery rate, inventory and employment. As a five-month leading indicator of industrial production, the Purchasing Manager’s Index recently entered into year-over-year growth territory. Currently, it confirms an outlook of probable recovery in industrial production in early 2017. This indicator should be monitored closely in the next few months, however. If it does turn lower, this shift would suggest that industrial production’s pending recovery and growth will be less robust than expected.

2. The Organization for Economic Cooperation and Development Business Confidence Indicator

The Organization for Economic Cooperation and Development (OECD) Business Confidence Indicator is also a five-month leading indicator of industrial production, as improved business confidence suggests more spending in this sector. As businesses become increasingly assured about the state of the economy, the likely result is an increase in overall spending on capital goods and labor, as well as increases in employment rates and wages.

Business confidence has been lower than last year, but the year-over-year growth rate is moving in the positive direction, which also confirms the outlook of probable recovery in industrial production during the next one to two quarters. One of the main things that is likely weighing on business uncertainty right now is the potential outcome of the U.S. election. Expect sentiment to move even higher once the next president is decided and the uncertainty around what could potentially happen dissipates.

The Trade Weighted U.S. Dollar Index measures the strength of the U.S. dollar against other major foreign currencies and impacts the manufacturing industry most heavily in terms of exchange rates, a critical component to costs and profits for those relying heavily on imports and exports. Through the majority of 2015 and into early 2016, we saw the dollar appreciate against most other major currencies. Consequently, U.S. goods became more expensive in the global marketplace, giving global competitors a price advantage.

In February, however, the dollar began to depreciate and has since remained relatively constant. The fact that the dollar has settled in and we are no longer seeing the continued appreciation month after month is a good sign for industrial production. However, manufacturing CFOs need to keep a close eye on this indicator. If the dollar starts to appreciate rapidly again, U.S. companies will face another unfavorable environment in the global marketplace, ultimately hindering the impending recovery in manufacturing activity.

When looking at the industrial production landscape in the United States, manufacturers have reason to be optimistic. When projecting how 2016 will close and 2017 will start, it is critical to consider all factors directly impacting the industry, and take a hard look at how external factors like politics and global trends may affect the current trajectory. Factors from manufacturing activity to consumer and business attitudes to the strength of the U.S. dollar all signal positive shifts in momentum for the industry. As long as companies remember to look at these three leading indicators, they can prepare confidently for what’s to come.

The Economy Still is Wobbling

Economy Up or Down – 'Cash is always King'

For companies striving for growth, the choice to deploy AI/ML tools that can find actual information on suppliers is no longer a nice-to-have. It's a part of the business.
Tealbook
January 10, 2023
Follow Us