The Rise of Robotic Manufacturing and a New Wave of Workers

Should the minimum wage increase to $15 an hour, manufacturers will increasingly embrace automation technology. 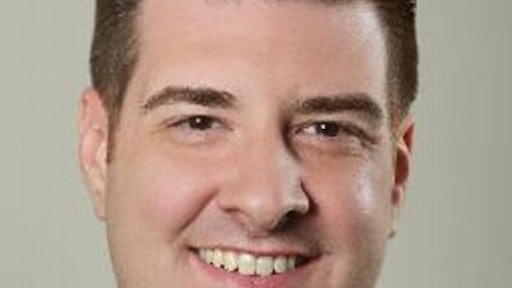 As the battle for a $15-per-hour minimum wage in the United States rages on, a new reality is spreading across the industrial landscape—that wage rates are going to increase, and it’s going to impact manufacturing and distribution. Industry leaders are already preparing for this phenomenon and the answer already exists. Advanced robotics are here and they came to take our jobs, or are they? Offering a cheaper, more efficient alternative to human labor, it is safe to say that, should the minimum wage increase to $15 an hour, we can expect manufacturers to increasingly embrace automated technology, and to do so quickly.

However, the usage of advanced robotics and automation isn’t completely focused on direct labor cost removal; it is more focused on quality and flexibility. This benefit is evident because, even in China, the land of cheap labor, factory personnel are already losing out to their computerized counterparts in a big way—a fact highlighted by Foxconn’s recent effort that replaced 60,000 factory workers with robots.

Here in the U.S., it appears that the lower a worker sits on the economic ladder, the greater chance they face of being replaced by automation; the Council of Economic Advisors reports that, for workers who make less than $20 an hour, the probability of being supplanted by robotic systems reaches up to 83 percent. So, what exactly is this change in manufacturing technology and the labor force going to look like?

As the industry stands now, there are not many supply chain workers that make an hourly wage of $15 or more. Most make $12 to $14 an hour and, to date, automation in distributions centers is saved for enormously large warehouses that service huge populations or complicated, unit pick-focused operations. However, as wages increase, advanced robotics and automation become more economically viable, even in smaller and less complicated distribution centers. Robots don’t have sick days or miss work unexpectedly, and they never have a day of poor performance because of issues outside of their operating location. Or do they? Isn’t this referred to as unplanned maintenance? But this gives rise to a whole new industry need.

The Rise of the Field Service Professional

Robotic encroachment on low-level positions is a trend that will impact the whole industry, as we see the creation of new, higher-paying jobs for employees with an entirely new set of skills. Whether working directly for manufacturers, or for the service companies specializing in servicing equipment, these new workers will be able to help implement, run and maintain robotic manufacturing technology. Certainly, this change will not happen overnight—it will be a gradual evolution, propelled largely by younger professionals entering the workforce with the higher level skills necessary to maintain and operate advanced automated technology. Unfortunately for the semi-skilled workers, it is not as cost-effective to help them develop the skills needed to handle robotic machinery as it is to hire workers for whom those skills fundamentally already exist. It is true that these engineers’ numbers will grow and replace some of the semi-skilled workers, but not nearly to the numbers of those who will be displaced.

What’s more is an entirely new set of tools are available to enable a transition of the former production line laborers as these advanced robotics are connected to each other and the world around them through the Internet of Things. Advanced analytics can not only understand current operating parameters, but can also diagnose predicted failures. The new field service professional will be armed with powerful tools combining the knowledge and wisdom of product engineers and other field service professionals alike. This knowledge won’t be housed in printed manuals the size of encyclopedias; they will be delivered through augmented reality that visually guides these new workers and guarantees repairs are made correctly the first time.

The Changing Face of Industry

Looking ahead, the need for manufacturers, logistics providers and field service companies to attract talent to the industry as a whole will never be stronger. Traditionally, manufacturing and distribution sites were selected based on their transportation qualities—where products are from, going and how much it costs to get them there—and the ability to obtain cost-effective labor. Yet, as automated equipment becomes increasingly prevalent across the supply chain landscape, we will undoubtedly see a greater emphasis on attracting younger, higher skilled engineers to maintain it all.

And the locations that once served as great settings for cost-effective labor may become the most expensive locations to service under this new model. The geographical element will become more significant; most students entering the workforce will be less inclined to take a job at a distribution center located in a rural area. Younger professionals prefer working in metropolitan areas—a notion that will be important for manufacturers to consider.

To attract the right talent, industry leaders will place recruitment at the center of the business model. Because demand for field service professionals will likely increase much more quickly than the supply, companies will need to create opportunities for career development and increase wages for the young employees accepting those positions. Manufacturers have been plagued with negative press from layoffs, plant closures and the offshoring trend, which resulted in top talent seeking employment in other industries. Reversing this perception can be accomplished, but only through a concerted effort to recognize that workers are a valued asset that will keep the machines running at peak performance.

It is undoubtedly an interesting time for the world of manufacturing. Technology continues to advance rapidly, affording companies the ability to make a higher quality product, more efficiently, with less personnel on the floor. Robots are already making waves in factories across the globe, and should low wages spike too rapidly here in the U.S., the semi-skilled worker at the bottom of the economic ladder may find themselves facing an uncertain future faster than they realize, unless they understand and adapt to the new reality that is approaching. However, one thing is certain for the manufacturers—they must look ahead to the next generation of trained professionals. Those who acclimate and can restructure their organizations to meet their demands will be primed to succeed in the next industrial revolution.