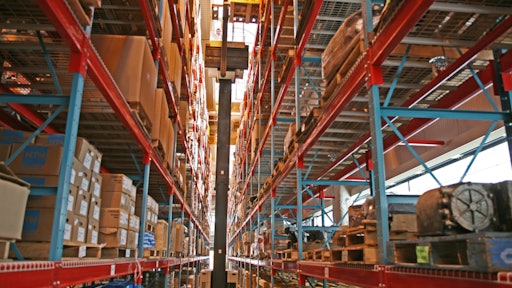 He says, “I’ve been around, kicked the tires and know the problems. The biggest challenge that we have is intermittent demand because of the long life of our assets, technological changes and uniqueness that drives our challenge of keeping inventory on the shelf. We have over 40,000 inventory items today totaling around $128 million to basically keep a fleet running, but also to maintain the infrastructure.” In contrast to a bus company that simply maintains its fleet of vehicles, the commuter rail industry is more diverse, not only maintaining its fleet, but also the railroad itself, signals systems, bridges, propulsion and electrical systems, substations and more.

Metro-North Railroad started implementing SmartForecasts from Smart Software in 2011 and went live in 2012. The company uses SmartForecasts, along with its intermittent demand forecasting and planning solution, as a tool for inventory management and optimization processes. In addition to its accurate forecasting of inventory and safety stock, the tool rapidly generates tens of thousands of possible scenarios of future demand sequences and cumulative demand values over an item’s lead time. These scenarios are statistically similar to the item’s observed data and capture the relevant details of intermittent demand without relying on the assumptions commonly made about the nature of demand distributions by traditional forecasting methods.

“The purpose was to try to right-size the inventory, get ourselves to the point where the stuff that is critical is on the shelf, project what the future need is and, if we have excess, start clearing the shelves so we can free up that valuable space capacity.” According to Price, with the help of Smart Software, “That we did.” Metro-North Railroad did not previously have a tool to aid in the inventory planning process, resulting in situations in which the company either had an overabundance of inventory or not enough. “Our old planning system (which wasn’t really a planning system) was a data entry point where you had information captured. It didn’t do any forecasting.”

Price laments that when he began his employment with Metro-North, “One of the first things that I noticed was that the inventory value was very high and there was a significant amount of inventory, so I started looking at the key performance measurement that we focus on in our industry, which is service level.” Service levels are measured by how many items are in inventory divided by the ones that aren’t in inventory, and that percentage is represented in a fill rate and stock-out rate.

Price and his team quickly realized that there are patterns in some cases, but on the other hand, none for others, which escalates his problem with demand intermittency. He notes, “We have to have product there to be able to ensure that, when a demand occurs, we have the capability to give them what they want, so our service level when I first got here, in combination with the inventory value, was significantly low, I felt. Supplying and maintaining service parts to keep a fleet running at greater than 98 percent service is a challenge.”

When Price started working at Metro-North, the service level was running at around 95.9 percent, which was lower than what he desired. To combat the issue, he brought in consultants who revealed that much of the inventory, which represented the most dollars, was just sitting and collecting dust. The plan was to analyze the inventory and implement an approach to “get it back to a sweet spot, getting a proper inventory level and increasing service level at the same time,” says Price. The organization conducted a test to sample the most transacted items—which was around 14,000—and found that a little over 80 percent was intermittent, which means there really was no pattern.

“It’s kind of like you got a car and you do an oil change every 5,000 miles or so. It’s pretty much predictable as to when it’s going to be done, whereas intermittent demand, for a host of reasons, is such that, some months, you have no usage, and all of a sudden, you have months of hundreds of items, then maybe two, so it becomes very difficult for a traditional modeling method of smoothing to accurately predict how many items you should put on the shelf. Averaging models really don’t hit it.”

When Metro-North went out to bid, it selected Smart Software for the accuracy and return on investment (ROI), which it estimated to come to an approximate three-year payback. However, the payback was abbreviated to about eight or nine months because the software immediately alerted the company to the fact that certain items that were already scheduled for purchases and shipments were misrepresented by the numbers it originally forecast. In lieu of this new data, Metro-North was able to cancel some orders, immediately and directly reducing cash flow for the purchase of inventory.

SmartForecasts “helped us in a number of ways, but the most important one was giving us a clear roadmap so that we could make sure we had the items that we needed, but then identify the items that were way overstocked, so we could wind back our replenishments that we already predicted,” boasts Price. “Smart Software is the only one out there that I know of that licked the intermittent demand modeling. Otherwise, I think we would have seen continued growth of our inventory and not necessarily gotten any greater benefit for service.”