Countries Investing the Most into Predictive Maintenance

The $6.9 billion predictive maintenance market is projected to reach $28.2 billion by 2026, according to a report from IoT Analytics. 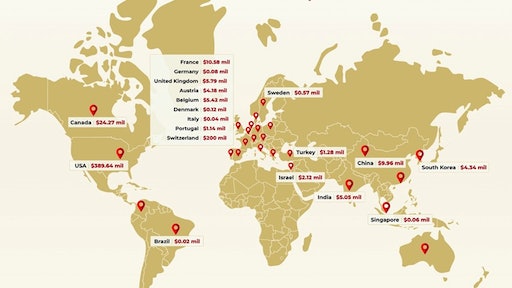 The $6.9 billion predictive maintenance market is projected to reach $28.2 billion by 2026, according to a report from Distrelec.

Just over a quarter of the total companies analyzed were found in Canada and the United States, with 23% of these being U.S.-based. They were also found to receive some of the largest investments, with total funding for U.S.-based companies standing at $389.64 million across 26 companies and $24.27 million for the four Canadian companies.

Meanwhile, 42% of companies were found across various corners of Europe, with countries like France, UK, and Belgium receiving sizeable investments, and Switzerland receiving a substantial investment of $200 million across just one company.

·         Data shows there are five companies in China working with predictive maintenance.

·         Almost all companies adopting predictive maintenance have received some sort of funding for their solutions, something to keep in mind when Supply & Demand Chain Executive’s new Top Tech Startup award opens.