An internal technological issue forced Target to shut its registers down for over two hours this weekend. 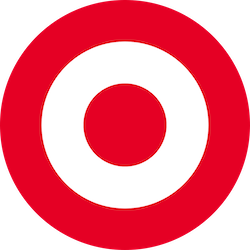 Some shoppers were unable to get their Target fix this weekend after a technical glitch triggered register outages for several hours across the country. The company has reassured that the issue was not caused by a data or security breach.

"Target’s registers are fully back online and guests are able to purchase their merchandise again in all stores. The temporary outage earlier today was the result of an internal technology issue that lasted for approximately two hours," the company said. "Our technology team worked quickly to identify and fix the issue, and we apologize for the inconvenience and frustration this caused for our guests. After an initial but thorough review, we can confirm that this was not a data breach or security-related issue, and no guest information was compromised at any time. We appreciate all of our store team members who worked quickly to assist guests and thank everyone involved for their patience."

While the outage lasted two (seemingly long) hours, consumers took to social media using the hashtags #Targetgeddon and #TargetApocalypse to show how the outage was affecting their local stores.

PSA: Targets across the country are shutting down because of a register error and people are standing in line for hours. Don’t go to target today! pic.twitter.com/92B3XSPrLt

According to the Huffington Post, employees at a location in Dallas attempted to manually enter product barcodes and other stores had the Starbucks locations offering chips and drinks to make up for wait times.

#Target employees manually typing in barcodes for every item through their phones 😳 #Targetdown pic.twitter.com/UxPucXOoZT

The first time someone walks out without spending $200 for a single bottle of Tide #targetdown https://t.co/EcETclVWbP

Though, the abandonment of carts may have been valid. In 2013, hackers stole sensitive information, including credit card, debit card and PIN numbers from nearly 70 million Target customers. As a result, the company had to pay $18.7 million in a settlement involving 47 states and Washington D.C.

At the time of this publication, the outage did not compromise any guests' personal information.

Registers were back online as of Saturday evening.

“Our technology team worked quickly to identify and fix the issue, and we apologize for the inconvenience and frustration this caused for our guests,” the retailer said in a statement.