Will drone delivery ever be a thing? Consumers are still waiting on the answer. 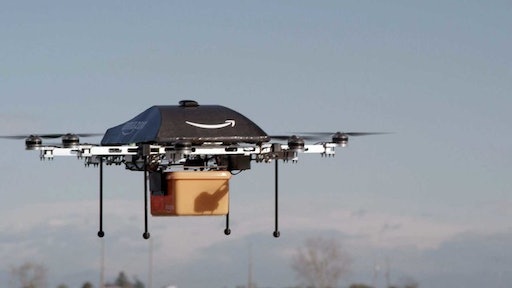 After Jeff Bezos boldly predicted in December 2013 that drone would be delivering Amazon packages. However, five years later Amazon customers are still waiting to see if the prediction will come true.

While drones seem like the future of delivery, they have a short battery life and create privacy concerns for neighborhoods.

Still, the technology has been greatly implemented in some industries, such as warehousing and agriculture. In fact, according to AP, the government estimates that 110,000 commercial drones are operating in U.S. airspace and that number is only expected to grow by 2022.

Amazon is still moving forward with plans of drone delivery, though.

"We are committed to make our goal of delivering packages by drones in 30 minutes or less a reality," says Amazon spokeswoman Kristen Kish to AP.

Since Amazon's initial prediction, companies have been testing the use of drones to deliver emergency supplies. Additionally, In May, the Trump administration approved a three-year program for private companies and local government agencies to test drones for deliveries, inspections and other tasks, AP reports. However, pilot programs by major delivery companies like DHL and UPS suggest that drone delivery may happen sooner than we think, but the cost won't be cheap.

Meanwhile, AP reports that it will also take years for the Federal Aviation Administration to write all the rules to allow widespread drone deliveries. And, while the FAA is writing the rules, companies will have to rely on waivers to keep experimenting and running small-scale programs.

UPS and Matternet to Deliver Medical Samples via Unmanned Drones