While drones try to gain acceptance, distributors can rely on the use of traditional automation to achieve results. 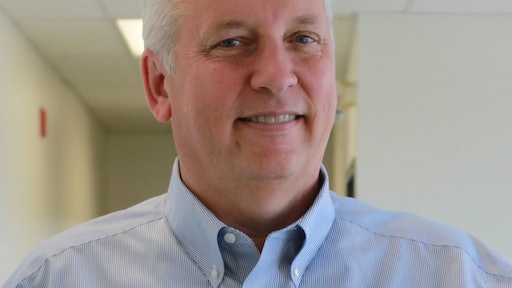 Autonomous aircrafts, small unmanned aerial vehicles, better known as drones, are becoming increasingly more popular for recreational use. Due to their popularity and assumed flexibility, the business world, including warehousing and distribution businesses, are beginning to consider drones for commercial use. In fact, a Frost & Sullivan report states that drones are one of the few radical technologies that will be cautiously adopted by industry participants over the next 15 years.

Even though warehouse and distribution facilities are looking for ways to incorporate drones into their business model and operations to be more efficient, the use of drones is a new territory that must be navigated carefully. Industry leaders are cautious about drones, and how they can and will be used. In October 2016, U.S. Department of Transportation Secretary Anthony Foxx announced a new advisory committee on autonomous vehicles. This committee’s mission will be to develop recommendations for how automated technology can transform the way we move people and goods on roads and railroads, and in airspace.

With the rise of these unmanned aerial vehicles on the horizon, the question is whether they will really take off and become a new operational win for distribution? Or, will they hit turbulence on their way to adoption and crash short of success?

The testing and emergence of drones in warehouses is already beginning, and being led by two retail and consumer good giants. Amazon launched its own drone program, Prime Air, in recent years to focus on the last-mile delivery as a way to speed up its already fast delivery. With Prime Air, Amazon Prime members will be able to receive packages in 30 minutes or less using drones. The company states that Prime Air has great potential to enhance the services it already provides to millions of customers by providing rapid parcel delivery that will also increase the overall safety and efficiency of the transportation system.

While Amazon is looking to use drones for delivery, Wal-Mart is testing drones for internal use in its warehouses. Wal-Mart implemented test warehouse drones to capture images—up to 30 pictures per second—in real time and mark missing items in its inventory. The company reported to Reuters that the drones can check a full warehouse inventory in about a day, a process that took up to a full month when previously done manually.

These early adopters are testing drones and discovering new areas to use their technology to their benefit, but at the same time, are learning drones’ limitations firsthand.

Although the industry is buzzing with the talk of drone use and many are eager to jump on the latest technology trend, it’s important to look at the limitations prior to jumping in completely. Drones must overcome a number of limitations, such as safety, payload capacity restrictions and political acceptance, before they will reach a high level of adoption and use.

Safety is the No. 1 concern. Similar to recreational use, these unmanned vehicles are also under strict review to ensure that they will not put people in harm. In June 2016, after a significant amount of pressure from manufacturers and political figures, The Federal Aviation Administration published final operational rules for the commercial use of small drones, those weighing less than 55 pounds. The rules turned out to be stricter than many hoped, requiring pilots to be certified and within eyesight of the drone at all times. Pilots also can’t be in a moving vehicle and have to be vetted by the Transportation Security Administration (TSA). Amongst other regulations, the drones can only fly at a maximum altitude of 400 feet.

To gain political acceptance, drones must be tested in real-life scenarios, and proven to be safe to operate in busy, public areas and in warehouses.

These are just a few reasons why manufacturers should rely on technology that has already been regulated and proven to have a high ROI, instead of adopting the use of drones while they are still new to the market. Although it can be beneficial to be the leader in innovation, oftentimes it can cause setbacks and detrimental damage to a business. Innovation encourages us to try things we never thought possible, to see what happens, but what happens when it doesn’t go as planned? Sometimes sticking to what we know works is the best option. As Bert Lance once said, “If it isn’t broken, don’t fix it.”