The Supreme Court ruled in a 5-4 vote that states can collect sales taxes from online retailers even if they don't have a physical presence there, overturning a 1992 ruling. 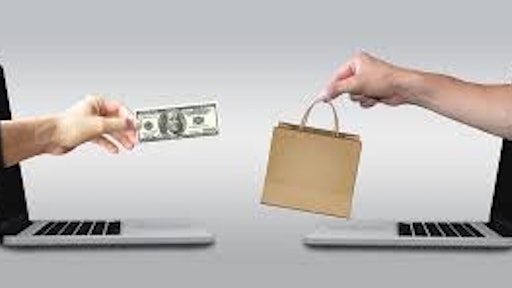 The Supreme Court ruled in a 5-4 vote that states can collect sales taxes from online retailers even if they don't have a physical presence there, overturning a 1992 ruling.

The decision is expected to boost state revenues at the expense of consumers and sellers who have avoided sales taxes in the past, USA Today reports. Justices did not specify what types of exceptions states may impose to limit the burden on small businesses.

The impact of the ruling remains unknown. Lawyers for online retailers forewarned future lawsuits to determine what businesses and consumers will have to do, USA Today reports.

The ruling directly affects South Dakota, which had brought the case to the supreme court. The state sought to collect taxes from online retailers with more than $100,000 in annual sales or 200 transactions in the state. According to USA Today, justices opened up the law to any state that may want to collect sales taxes from a larger number of sellers, however, congress or lower courts could step in to referee those situations.

The supreme court ruled in 1992 that companies without a physical presence in a state did not have to collect sales taxes, mostly targeting mail-order catalog companies, USA Today reports. However, South Dakota noted that times have changed with the e-commerce boom. Reportedly, online sales are growing at four-times the rate of total retail sales, and as a result, state and local governments are losing billions of dollars annually in taxes, USA Today reports.

While it has been rumored that South Dakota is targeting e-commerce giant Amazon, the company is never specifically mentioned.

Wayfair, Overstock.com and Newegg have all challenged the state's law, warning that online retailers could face 12,000 local tax jurisdictions if the Supreme Court sided with the states.

Congress protected internet sellers in a 1998 legislation, but in 2000 a national commission urged states to simplify their tax systems as a precursor to taxing remote sellers, USA Today reports.

Yet, most of the top 20 online sellers already collect taxes in nearly all states, USA Today reports, but many smaller retailers have taken advantage of the protections granted by the Supreme Court and Congress over the years.

Reaction to the ruling was mixed, however, some lawmakers in Congress vowed to get revenge.

e-Commerce: Turning a Great Idea into a Great Business