The online retailer won a patent for a wristband that would track its warehouse workers’ movements. 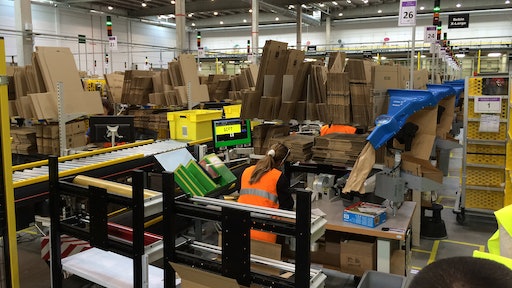 Amazon has won two patents for wrist bands that can track their workers’ moves.

The online retail giant, who plans on opening a second headquarters, has a reputation for experimenting in-house with new technology before selling it world-wide. It is unclear at this time if Amazon plans on having its workers wear the tracking wristbands.

The goal for the tracking device is to streamline time consuming tasks. With the guidance of the wristband, it would steer workers to the correct bin and fill orders faster.

Some critics claim that the wristbands would be treating workers more like robots than actual human beings. Current Amazon workers, however, say that there is already similar tracking technology within warehouses. If the company were to implement the tracking wristband they would not be surprised.

With the right inventory strategy in place, suppliers can quickly pivot to respond to changes in consumer trends and seasonal demands and accelerate forecasting for the future.
RJW Logistics Group
January 21, 2023
Follow Us