What Supply Chain Executives Need to Know About Blockchain

Even when limitations are considered, blockchain’s potential to transform the supply chain is clear. 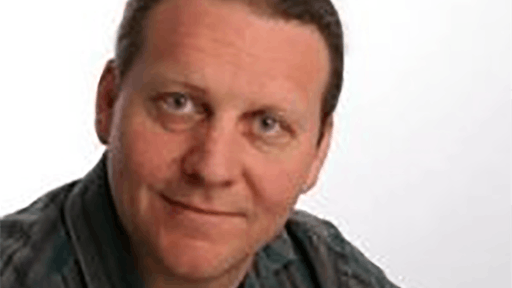 In a recent Deloitte survey, over half of executives from large organizations across a range of industries said that their business was working on use cases for blockchain in their supply chain. In fact, the supply chain was the area most cited by respondents when asked where use cases were being worked on.

Which begs the question: If you are a supply chain executive who isn’t working on blockchain use cases, why is that?

One explanation might be that, for all the talk of blockchain’s potential, some people haven’t grasped how it might be used to improve their processes yet. This is understandable considering the fact that the technology is emerging and still has some yet to be proven.

Even when these limitations are considered, blockchain’s potential to transform the supply chain is clear.

One of the reasons why the digital ledger has created such a buzz is because it is distributed on a secure network that provides tracking capabilities and enables users to transfer assets easily. Supply chains not only have multiple potential points of failure, but also a number of grey areas where individual companies do not have clear visibility of the provenance of assets they have purchased. Such systems are susceptible to fraud and counterfeiting, which can cause harm to consumers and damage corporate reputations.

Blockchain allows all the companies to have visibility of assets throughout the supply chain, from source, to warehousing and final ownership. No single entity controls the ledger of this information — it is distributed to all participating parties, with consensus mechanisms used to update records in a way that makes them immutable, traceable and tamper proof.

Such a system lends itself to all sorts of supply chain scenarios — from food to medicines — but one of the best known examples of blockchain in a supply chain is that of EverLedger. This blockchain project uses the technology to track diamonds from their original point of mining, so that suppliers and consumers can be assured that their asset is not a “blood diamond,” which has been sourced under duress from areas of conflict.

The power of IoT devices to monitor and record a whole range of data points within the supply chain is well understood. However, if this data remains under the control of a single organization or siloed in a database that isn’t inter-operable with other systems, the value of this data is greatly reduced.

By connecting IoT devices to the blockchain, a greater level of real time data can be stored in a network where everyone has visibility of it. Not only that, such data can be recorded in an immutable way, so that everyone involved can trusted its traceability.

Of course, the old saying that “if you put bad data in, you get bad data out” still applies. Supply chain executives need to be sure of how their data gets recorded on the blockchain. Even here, the industry is coming up with solutions in the shape of decentralized oracles that aggregate multiple sources of data before deciding it can be trusted.

One of the best known projects for demonstrating this use case is that of shipping giant Maersk and IBM, which know involves 92 participating firms. It has been reported that the blockchain platform has already been used to record 154 million shipping events, as well as enabling shippers to cut out the middlemen in tracking their containers.

Within the massive commerce networks that span the globe, small suppliers want to work with bigger companies so they can fulfill the large orders this type of business makes. However, this can stretch their finances, especially when large corporations only offer long payment terms.

These are the sorts of situations where supply chain finance becomes useful. However, it’s certainly not a perfect solution, as such transactions can incur a range of fees that make them costly to initiate on a regular basis. These costs might include bank fees for handling the transaction, potentially on both sides, as well as exchange rate charges when money is moved across jurisdictions.

Where the blockchain can improve the situation is through its close relationship to digital tokens and smart contracts. Firstly, digital tokens, such as cryptocurrencies, can be used to transfer value in minutes not days, and without the need to pay exorbitant bank fees. Secondly, smart contracts can be used in conjunction with IoT devices and tokens to ensure payments are made automatically based on verified data feeds.

As these examples demonstrate, blockchain’s transformation of the supply chain is well underway and has a long way still to go. Supply chain executives that haven’t recognized the potential so far would be mindful to take note as soon as possible.

Carriers must be competitive to excel at driver recruitment and driver retention in today's drivers' market.
Axele
January 7, 2022
Follow Us