Manual vs Automation: A Battle with Two Winners

When deciding whether to automate or to stay manual, a healthy mix will lead to greater payback. 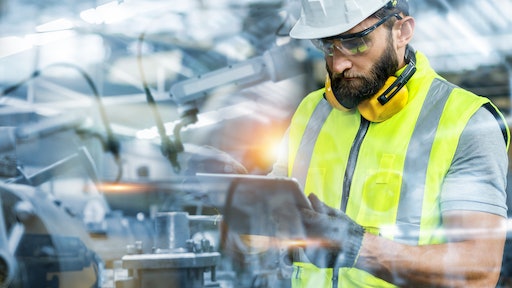 There is something to say about that feeling you get after completing a task with your bare hands. You receive an undeniable sense of accomplishment that leaves one proud. But that feeling tends to fade after realizing that you have to complete that same task ad infinitum.

It is not uncommon for a manufacturer to eventually encounter this pain point on their journey and automation is widely touted as a remedy to that problem. After all, in that same span of time, a machine specifically built for that task may have completed that exact duty with more repetitions.

But automation alone doesn’t solve the whole problem. It then raises the question of the effects on the workers, how it impacts their job, and how much it will cost the company. This naturally brings up a conflict between the side that want to remain manual and the other that wants to adopt automation.

The answer lies with a little bit of both. Rather than pitting manual processes and automation against each other, implementing an automated storage and retrieval system (AS/RS), which can work in tandem with those who perform tasks manually, leads to a stronger distribution center and healthier bottom line.

Benefits to the workforce

When asked today, it is not uncommon for manufacturing leaders to claim that their biggest pain point is labor and it remains a prevalent issue that consistently finds itself near the top of the list. Thanks to The Great Resignation and The Silver Tsunami, not only are there difficulties keeping staff, those that are currently working the floor may not have the proper skills or training experience to maintain and operate a complex system.

An AS/RS goes a long way in addressing the on-going labor problems. Generally, manufacturers planning to implement such a system are growing, so they are looking to be more operationally efficient. There are many benefits to be had by automating some parts of the process and keeping other parts manual.

One major benefit to workers is the improvement of working conditions. Not only is automation making lives simpler, but repetitive and potentially dangerous manual tasks like moving and replacing giant pallets are also made less difficult and more comfortable. What once required copious movements and travel, with automatic machinery, can now be completed within a designated ergonomic workspace.

As for those that fear they are losing jobs, automation simply allows workers to be placed in more effective positions and actually opens up a position for those dedicated to learning and receiving the qualifications. What at first seems like an attack on manual, automation breeds opportunity for those who want to take it.

While labor savings can pile up thanks to automation, that alone isn't enough to justify putting in an AS/RS. Most leaders know what it costs to properly run their warehouse and a lot of the time, infrastructure is another area of needed focus. They have copious amounts of space, but they need to take advantage of it.

Automation helps densify. Whether it be with single-deep, double-deep pallet racking, multiple deep solutions, or any combination of those, AS/RS is capable of working with restrictive designs and offers the opportunity to be creative. Now, pallets can be stacked vertically, and with the right automation, effectively take advantage of previously unused space, safely opening up and allowing quicker access for manual workers.

This process also leads to savings and what is ultimately needed to put this system in place is a comprehensive analysis. Whether they are automating so they aren’t left behind by the competition or they can tell that this is truly the future of the industry, automation leads to reduced costs, making both labor and cost necessary elements for success. It is imperative leaders see that while it may cost more in the short term, looking ahead makes it clear that it’s justifiable for future success.

Problems happen. When there is downtime or if processes slow down, there are difficulties with the system. Manually dealing with issues will lead to an eventual resolution, but for the most part, the time it takes could put the entire operation behind. Success all depends on how you approach them.

Supply Chain Risk Mitigation (SCRM) can only be benefitted by automation. With the proper software in place, downtime from issues like difficulty from cleaning and maintaining the system is quickly addressed. It detects the single point of failure in the system and instantaneously finds a solution or route.

This flexibility only becomes more valuable with higher throughputs. It’s natural for a company to want their system to run 24/7, and as they grow, so will the systems. As long as there is SCRM software sophistication, it will not take long to get things back up and running.

Always design to the data. From the size, to the rates, to the flexibility you can afford, look at what you have to work with. It is best practice to work with an automation supplier and complete a comprehensive data analysis. From there, you will be provided with a deep dive into your business and be guided with a developed data-driven plan on how automation can optimize your current warehouse practices.

In the end, rather than having to choose between automation and manual, finding a healthy hybrid of both in a cohesive system is what you should be after. The staff maintaining the equipment will be safer and given better opportunities to deal with sophisticated machinery and software. In the battle of manual versus automation, everyone is a winner when there is both in place.