Why a Slick WiFi Solution is Essential to Achieving Automation Goals

By investing in a slick and well-constructed WiFi solution, a business will see its automation processes working seamlessly and talking freely with the right access points. 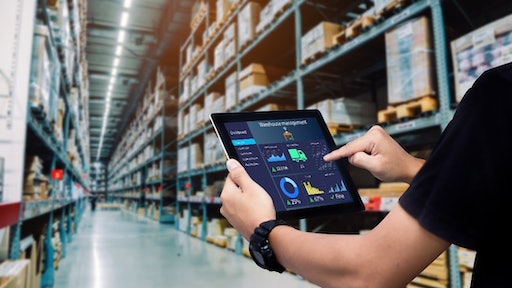 One of the biggest innovations within the logistics sector has been its use of automation.

What was once a very labor-intensive industry has now been simplified with many firms now heavily reliant on artificial intelligence (AI) and robots in order to help employees keep pace in a world in which consumerism demand is at an all-time high. Heavy loads are no longer heavy. Transportation across warehouses has been made seamless. Data retention is easier than ever before.

As important as automation is to the day-to-day output of logistics companies, it also comes with its own separate challenges. When things go wrong, it can do so to the extent that it halts production entirely, creates mistakes, or leaves that business compromised.

Undoubtedly, one of the most common denominators that crop up when an issue rears its ugly head is connectivity. But, what do we mean by that?

Essentially, we’re talking about how a logistics firm’s automation is talking to each other. Just as people thrive when they have clear lines of communication and instructions, robots also require them to do their job.

If one of those signals doesn’t hit, it can be detrimental to the entire operation and force human intervention.

Take a certain product being loaded up and moved around. To keep track, it requires barcodes to be scanned and sent back to the warehouse management system (WMS). If that’s not reached, it affects the data and requires human intervention. Duplication of data is also a problem if the connectivity fails.

This is no trivial matter, when you’re operating within this fast-paced and demanding world in which consumer demand is at an all-high, time management and being able to rely on automation is precious.

No one wants a logistical nightmare, and simply put, getting it wrong puts a business’ productivity on the line. So, what does best practice look like?

Businesses won’t get away with a standard solution

Manufacturing and logistics businesses know what they want to achieve for their connectivity, they often just don’t know how to achieve it.

Some companies budget WiFi equipment implemented into a business setup. Certain budget vendors are now well known and on the face of it can be an attractive proposition because of their price point.

It’s seen as the go-to, but struggle to hold up in a demanding environment, even with simple tasks like handheld devices losing data or information not being received by a WMS, resulting in a laborious manual process.

Clear signal pathways and the importance of infrastructure

To use an analogy, if you’re wanting to drive to a destination, but only have B roads, it’s going to take you a while, whereas if you replace those B roads with motorways, you're going to arrive a lot quicker and less stressed. It’s exactly the same with budget WiFi vs. well-designed WiFi solutions.

If you don’t have the connectivity pathways (design) in place, the signals you want to be able to send won’t arrive where you need them to.

At that point, your automation may fail at the first hurdle.

With a standard omni-directional WiFi access point, you can often see the signal that is being transmitted, whether that is one, two or three bars. If you’re too far away from that access point, the transmitter within your mobile device - a phone as one example - won’t be able to talk back to it due to the smaller transmit power available to it. Hence you lose connectivity.

It’s exactly the same with automation in the logistics industry, just on a larger and more demanding scale. These access points are blasting out instructions via a megaphone and, in the meantime, machines (like the phone mentioned above) are trying to talk back to it in order to send the data that they need to do their job.

If that access point is too far away, your automation won’t hear it and it won’t be able to talk back to it consistently.

If you’re in a big warehouse containing multiple access points, sure you can see the signal, but you’re dealing with a lot of these points trying to talk to each other at the same time. It can be quite confusing noise-wise for any device - if not designed correctly.

Depending on how many access points have been installed within a setting, they may also be competing with each other for airtime.

It can be a nightmare if the solution isn’t designed right. That can be as simple as having an access point for each area of the logistics operation - the primary talker for that particular section of the property.

Then another point can be installed 30 yards further away if required. Typically, a big problem logistics firms face is with what’s inside a warehouse, huge racking being a good example of that.

What’s loaded on that racking changes on a frequent basis and this significantly affects how far a signal from an access point can travel. Design is key. If you get that right, what is on that racking will not impact it at all.

As part of that design, it’s important to consider the height the access points are mounted at, how much power they put out and various other settings they are using.

Businesses are in a position now where every hour is precious. Data is also a crucial factor. If either of those two are compromised, businesses are left with a big problem.

One of the biggest issues with automation comes down to trust. Warehouse managers struggle to trust automation and machines to do the job for them.

Some warehouse managers return to manual setups purely because they don’t trust the automation to do the correct job.

They return to writing things down, rather than scanning codes back up to the WMS. That poses huge issues themselves and slows processes down.

A lot of manufacturers work to a just-in-time workflow and rely heavily on getting that stock to its destination on time. Simply put, that doesn’t happen if the WiFi breaks.

If WiFi doesn’t work, it is costing businesses money and what a good set-up will cost you in comparison to what a bad one can cost a business on productivity is incomparable.

Every hour is precious in a logistics environment, and by investing in a slick and well-constructed WiFi solution, a business will see its automation processes working seamlessly and talking freely with the right access points.

The biggest benefit is enhanced productivity and a slick operation.

Businesses, even outside of logistics, are investing a lot of capital right now into automation. WiFi is a very small percentage of that capital, but crucially, it is that small percentage that is allowing the automation to work to its full capability.

In this demanding world, ask yourself, can you afford not to have the correct WiFi solution in place?