Advancements in wireless charging enable a new world of possibility for warehouse automation. 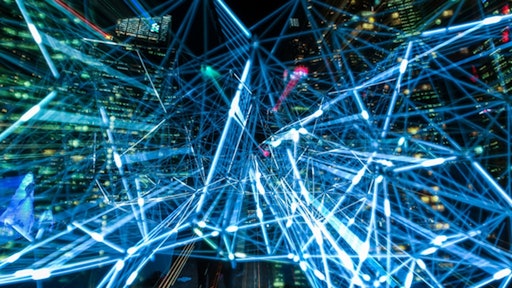 Observe the floor of any sizable warehouse facility and you're likely to see mobile robots moving around and hard at work. From shelving and picking to packing and distribution, the use of robots to automate the movement and handling of materials and inventory has quickly become integral to warehouse and logistics operations. And, with good reason. The promise of improved efficiency in the face of exponential demand has placed wireless robotics and automation at the forefront of supply chain operations. But, fully exploiting the benefits of wireless mobile robotics requires not only a consideration of the types of machines at work inside the warehouse, but also how those machines are powered and charged.

The hidden cords (and costs) of wireless power

Traditionally, batteries used to power wireless robots like automated guided vehicles (AGVs), which utilize fixed navigation routes built into a warehouse's physical infrastructure have relied on hardline electrical connections for their charging needs. Even the more sophisticated automated mobile robots (AMRs), which use software-based, data-driven artificial intelligence (AI) for navigation, often rely on wired connections when it comes time to replenish their battery.

In both scenarios, robots have their utility diminished, tethered to a power cord, taken out of circulation and docked for anywhere from 8-14 hours to recharge. Attempts to extract as much uptime from these machines as possible creates a vicious cycle in which demand for larger batteries with the power capacity to support extended use engenders the need for longer charging periods and increased downtime as a result. Moreover, more energy will be spent in carrying around the heavy battery itself.

Though the goal of warehouse automation is in part to optimize resources and streamline repetitive tasks, it's worth acknowledging that wired charging still relies on human intervention. Technicians may be needed to ensure proper alignment, manually establish physical connections between robots and their charging stations, and replace high-current circuits, outlets and cords that regularly degrade over time. In short, the limitations that wired charging imposes on wireless robots are significant, and in many ways, antithetical to the efficiency warehouses seek to achieve through automation.

If the future is indeed wireless, it must include wireless charging. To this end, advancements in wireless power transfer technology will be critical. The technology relies on a process of electromagnetic induction to supply power from charging stations to robots without the need for wired contact.

By eliminating the power cable, magnetic transfers untether robots from their charging stations, and in turn, from the constraints associated with traditional wired charging. Wireless power transfers integrate charging into the daily workflow by distributing smaller, more compact wireless charging stations throughout the facility. This allows robots to charge on-demand and removes the need for dedicated docking stations.

The benefits of this are two-fold. First, by removing the physical point of connection, wireless power transfer increases machine uptime and utility. As soon as their power reserves reach capacity levels of 20% or 30%, robots can take advantage of a nearby wireless charging station to receive a quick 30-minute boost before cycling back into operation. Second, frequent charging allows robots to charge opportunistically. The compact size of transmitters and receivers used for magnetic power transfers means that charging stations can be placed in strategic locations like loading and unloading zones or high-stack elevators and lifts. In turn, this enables robots to replenish their energy intermittently while on standby or between specific tasks.

Because magnetic power transfer technology is agnostic when it comes to battery type, it reduces the need for more expensive batteries with the capacity to run for 12-14 hours without charging. Instead, wireless robots can use lighter, smaller batteries that increase mobility, maximize battery usage payload, and reduce the costs associated with larger batteries.

The elimination of physical touchpoints also removes the need for technicians to make high-voltage connections, along with safety hazards that can plague traditional contact charging. Without the need to replace contact pads and cords that degrade over time, wireless power transfer solutions improve reliability, help maintain high transfer efficiency levels, and use integrated sensor technology wherein robots align themselves to magnetic charging stations without human intervention. The result? A wholesale shift from an automated to a genuinely autonomous robotics workflow inside the warehouse.

While increased uptime and the cost reduction benefits of magnetic power transfer technology are readily apparent, the key challenge is in delivering energy transfer efficiently. Historically, power losses resulting from inductive transfer have not been uncommon, especially in applications where higher wattages are required. Indeed, absent a physical connection, gaps between the transmitter and receiver can result in higher deviation rates, which can lead to leakage and energy loss. These concerns have made some end-users reluctant to move towards a wholesale adoption of wireless power transfer technology inside their facilities.

This critical challenge, however, has not gone unmet. Recent advancements in magnetic transfer designs have closed the gap – both literally and figuratively – between the wattage in the transmitter and the power transferred to the robot's receiver. Close-coupling induction, which requires no more than a quarter inch of space between the robot and the charging station to be effective, now allows for a highly efficient transfer of power. The close-coupling method minimizes the energy leakage that can occur over more considerable distances, improving efficiencies to around 90% and helping to ensure that just about all of the energy harvested in the transmitter ends up inside the robot's battery.

The future is wireless

The word wireless, much like the word automation, generates specific images and expectations – unmanned robots and driverless vehicles buzzing about the warehouse floor, completing tasks with ease and efficiency. Missing from this futuristic vision, however, is the physical infrastructure typically required to power these machines. As is the case with all battery-powered wireless technology, at some point, charging is inevitable.

Advancements in wireless charging enable a new world of possibility for warehouse automation. A world in which wireless robots, liberated from the constraints imposed by traditional forms of wired charging, can realize their full potential and truly reshape the future of warehousing and logistics.