The study also found that in considering where to shop, a growing number of consumers feel unsafe in shopping malls, warehouse clubs and big box retailers. 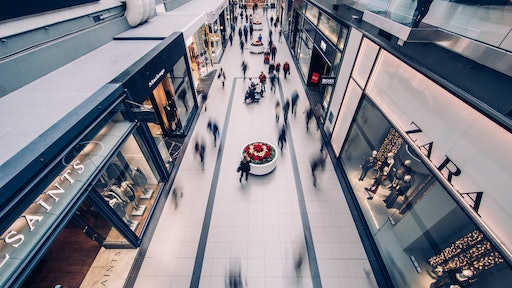 The study also found that in considering where to shop, a growing number of consumers feel unsafe in shopping malls, warehouse clubs and big box retailers. According to the survey, 32% of respondents feel unsafe or very unsafe when visiting shopping malls compared to 29% in the last survey. Warehouse clubs saw a similar uptick (20% vs. 18%), with small increases in big box retail (18% vs. 17%).

By comparison, consumers are feeling more safe visiting essential businesses like grocery stores than they did in April (11% vs. 13% saying they feel unsafe or very unsafe) with drug stores holding steady at only 15% feeling unsafe. Worth noting, more consumers are feeling safer visiting local small businesses with those who feel unsafe shopping there dropping to 17% from 21% at the end of April.

“Retailers need to be aware that while people are shopping and there is definitely pent-up demand, many consumers are still very much afraid to be in-store and to try products or use dressing rooms,” said Greg Petro, CEO of First Insight. “We are seeing increasing Coronavirus case numbers in states across the country, and retailers are definitely solidifying their COVID-19 policies to help customers feel safer, including mandating masks be worn, limiting people in-store and conducting temperature checks. As stores continue to operate during the pandemic, it is critical that retailers communicate with their customers, understand expectations when it comes to safety, and simultaneously offer the products they need. Those that do will have the greatest chance of success in this difficult environment.”

The number of respondents who said a face mask policy makes them feel most safe shopping in-store increased since April to 84% from 79%, with temperature checks at the door also important to more consumers (71% vs. 69%). However other practices were important to fewer consumers now versus in April, including store-provided hand sanitizer (78% vs. 80%), limiting the number of people in-store (77% vs. 80%), one-way directional aisles (67% vs. 71%) and no-contact payments (68% vs. 76%).

Consumers buy apparel and footwear the most, but purchases increase across every category