The sustained increase in e-commerce transaction volume reflects a full month of wide-ranging restrictions on in-store retail activity and other COVID-19-related measures. 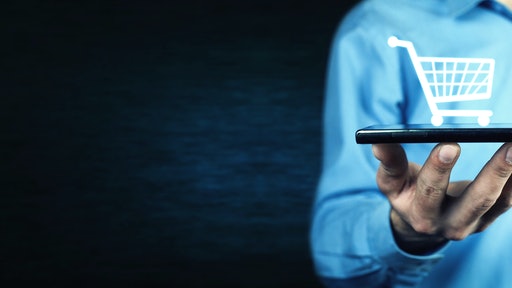 The Coronavirus disease (COVID-19) crisis continued to drive global e-commerce sales in April, with the general retail sector experiencing 209% growth compared to the same period last year, according to an analysis by ACI Worldwide. Following general retail, the gaming segment saw the biggest bump, up 126% in April.

The sustained increase in e-commerce transaction volume reflects a full month of wide-ranging restrictions on in-store retail activity and other COVID-19-related measures, evidenced by average transaction volume growth of 23.5% in April vs. the same period last year. By comparison, there was a 5.3% increase in March, when lockdowns first came into effect.

“Trends in e-commerce purchasing behaviors that we began to see in March have continued in April, as hundreds of millions of consumers around the world adapt to the restrictions put in place to inhibit the spread of the coronavirus,” says Debbie Guerra, executive vice president, ACI Worldwide. “Consumers are increasingly making use of click-and-collect options because of convenience and safety, but these changing patterns also attract fraudsters, resulting in a significant uptick in attempted fraud.”

Fraud attempt rates reached 4.3% in April, slightly down from 5.3% in March, but still up from 3.8% compared to this time last year. Attempted fraud is focused on segments that have seen high sales growth, such as consumer electronics, with the average ticket price of attempted fraud up $26. Click-and-collect—or buy online, pick up in store—also accounted for a rise in attempted fraud. The transactional value of attempted fraud rose by 9.9%, reflecting fraudsters’ continued emphasis on popular high-value items including laptops and TVs.

“Fraudsters continue to use the disruption to the status quo to target unsuspecting consumers and unprepared businesses,” continued Guerra. “While vigilance is paramount, merchants also need to ensure that they are scrutinizing their fraud strategies to quickly adapt to a highly dynamic new retail environment.”

·         Chargebacks for non-fraudulent reasons (i.e., “friendly fraud”) have risen by 25% through the end of March as merchants face challenges in processing refunds, staffing call centers or delivering services. Note that merchants are aggressively working to lower chargeback volumes and related costs as they also try to improve the dispute experience for consumers.

“Consumer behavior is very much in flux, with some sectors thriving while others are focused on surviving the economic impacts of the pandemic,” concluded Guerra. “We’ve seen retailers across sectors and geographies innovate and quickly adapt, including making changes to payment method acceptance—but fraud prevention must now be a focus. Transaction volumes are rising while average ticket size is decreasing, putting pressure on margins and creating challenges for supply chains and logistics, while fraudsters target those big-ticket items that are seeing spikes in sales.”