French drugmakers are urging negotiators to ensure the free circulation of medicine is maintained if Britain leaves the EU without a deal. 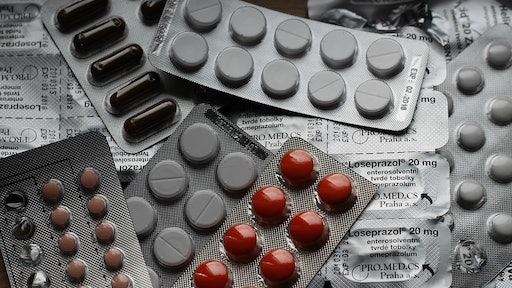 With a Brexit meeting scheduled for next month, French drugmakers are urging negotiators to ensure the free circulation of medicine is maintained if Britain leaves the EU without a deal, Reuters reports.

If Britain leaves the EU without an accord next March, manufacturers will be forced to prepare duplicate product-testing and licensing arrangements just to keep drugs on the market, Reuters reports. Currently more than 2,600 drugs are manufactured in Britain, and 45 million patient packs are supplied from Britain to EU countries each month.

Drugmakers are concerned that health and drugs are not a priority in Brexit negotiations and feel as though they should be. Philippe Lamoureux, head of France's pharmaceuticals lobby LEEM, tells Reuters that "free circulation of medicines must be maintained in the interest of patients on both sides of the channel."

Meanwhile, German drugmakers have been asked by the government to see if there's any vulnerability within their supply chains that could cause shortages of essential drugs. France has not been approached in a similar way, Reuters reports.

French drugmakers, like Sanofi and AstraZeneca, have said that it would increase medicine stockpiles in Britain.

Reuters reports that the European Medicines Agency warned of staff cuts as a result of some operations moving from London to Amsterdam because of Brexit. There could also be risks in production due to the move as well.