NAFTA may end after Trump makes a deal with Mexico, but trade tensions continues between the U.S. and China. 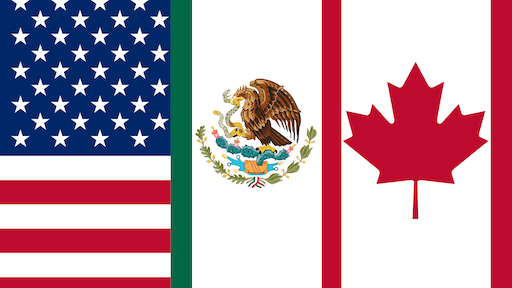 The U.S. has been in negotiations for the North American Free Trade Agreement for several weeks now, but a recent deal made with Mexico could possible terminate NAFTA for good while extending a tense trade war with China.

Talks to update NAFTA have been in the works for more than a year, however, the discussion has lately been between the U.S. and Mexico. Trump alleges that the deal has led to the loss of thousands of American jobs, and if the policy didn't change to be more favorable to the U.S. he would withdraw.

So far, talks between the U.S. and Mexico focused on car manufacturing and potential tariffs that the Trump administration is threatening to place on countries. New rules have been placed so that key components of vehicles will have more domestic content.

It is still unclear if Canada will rejoin talks, and even if the country agrees on the deal it would have to be ratified.

Trump said that the name NAFTA would be dropped due to its unpopularity and will refer to it as the United States/Mexico Trade Agreement moving forward.

While the President says that the deal is a big day for trade in America, it could possibly extend tensions with China.

Fortune reports that the the deal gives the administration more leeway to take a hard line with China. Until the country is willing to meet some of America's demands, tariff escalation and retaliation is expected to continue.