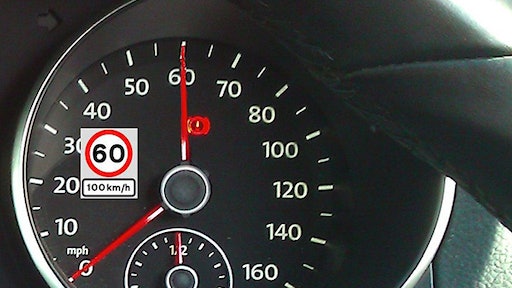 A new proposal would impose a nationwide limit by using an electronic device to cap speeds of newly made U.S. vehicles that weigh more than 26,000 pounds.

Two safety regulators are seeking to forcibly limit how fast trucks, buses and other large vehicles can travel on the nation's highways.

A new proposal would impose a nationwide limit by using an electronic device to cap speeds of newly made U.S. vehicles that weigh more than 26,000 pounds. Regulators are considering a cap of 60, 65 or 68 miles per hour, though that could change. Whatever the speed limit, the device would make it physically impossible for drivers to exceed it.

The government said capping speeds for new large vehicles will reduce the 1,115 fatal crashes involving heavy trucks that occur on average each year and save $1 billion in fuel costs. Although some safety advocates and nonprofessional drivers welcome the idea, many truckers said that such changes could lead to dangerous scenarios where they are traveling at much lower speeds than everyone else.

Port Truckers: 'We Are Employees'