84 percent of carriers rank detention among their top five business problems; only 20 percent of brokers do. 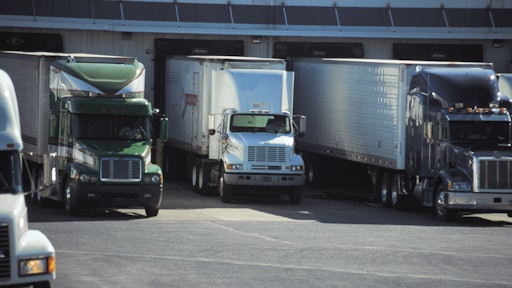 Nearly 63 percent of commercial truck drivers spend more than three hours at a shipper’s dock waiting for their vehicle to be loaded and unloaded, according to a recent survey by DAT Solutions.

Of the 247 carriers surveyed, 54 percent reported typical detention times of three to four hours, while 9 percent said it was common to be detained five or more hours.

Among motor carriers, detention is one of the top five business problems they face, according to 84 percent of the survey respondents. By contrast, among the 50 freight brokers who responded to the survey, only 20 percent agreed that detention was one of their top five problems, while 78 percent said other issues had a bigger impact on their business.

Both brokers and carriers defined detention as holding a driver and truck at the dock for more than two hours while loading or unloading. Most of the carriers surveyed said they are seldom paid for detention, and when payment is offered, it does not cover the full business cost that results from the delay.

Only 3 percent of carriers were paid on 90 percent or more of their detention claims, at a rate between $30 and $50 per hour, according to survey respondents. Even when the claims were paid, however, that level of compensation did not cover the opportunity costs to their business.

Carriers were often forced to turn down other loads while their trucks were detained and unavailable. One owner-operator reported losing two loads, with a combined revenue of $1,900, because his truck was detained too long at a receiver’s dock.

Driver detention is an urgent issue that must be addressed by the industry, cautioned Don Thornton, senior vice president at DAT Solutions. “It’s a matter of fairness," he said. "Many shippers and receivers are lax about their dock operations, but it’s the carriers and drivers who are forced to pay for that inefficiency."

Freight brokers who were reimbursed by their shipper customers were twice as likely to compensate carriers for detention. Two-thirds of brokers surveyed said they paid detention only when they could collect the fee from the shipper or consignee, while the other one-third of brokers paid detention whenever carriers complained.