Cost-Cutting Opportunities in the Petroleum Industry

Standardization across the industry has almost been non-existent with bespoke solutions dominating. 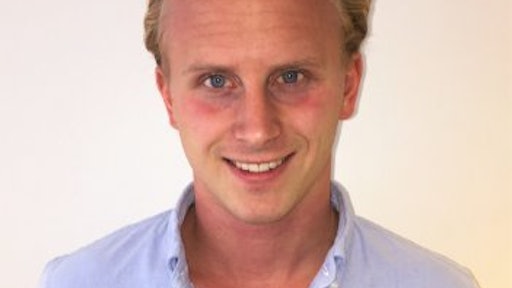 The petroleum industry has undergone dramatic changes over the last two years. The shale revolution in the United States, combined with a cooling global economy, has resulted in a new normal of oil prices with brent crude currently trading down toward $40 per barrel. The decrease in the price of crude oil has resulted in fields running in the red as extraction costs are higher than the current price of a barrel.

While hurting now, the industry may see that, in the long term, some of the changes that are going on could be beneficial. Standardization across the industry has almost been non-existent with bespoke solutions dominating. Now, however, the price decline has prompted a downward pressure on costs for firms operating in the industry, a part of business not usually focused on due to the traditionally high profitability.

Traditionally, companies have been explaining the galloping costs with a steady increase of complexity of operations, more and more expensive engineer hours, and industry-specific documentation requirements, in particular. This can be justified to some extent as oil is often found in some of the most inhospitable areas of the world and new wells are getting increasingly difficult to run. Not all cost increases can be attributed to documentation requirements, however. An illustrative, albeit somewhat tabloid example of this can be observed with the industry supplier FMC Technologies in Norway. The company has had to stock 27 different kinds of saltwater-resistant yellow paint according to different client specifications as there was no standard shade across companies.

Nevertheless, the last two years has made cost reduction one of the main focus areas of the industry. The logic is simple enough; one of the few ways to increase profitability in an industry with stagnant demand and prices is to reduce cost or reduce competition. While usually not given the highest priority during boom times, cost reduction is what could decide the winners and losers in a market that probably could be characterized by a consolidation. Some claim that the lack of willingness by Saudi Arabia to cap its production is in an effort to make sure high-cost wells get shut down by bleeding their finances. However, it may be that the market has become so diluted that the Organization of the Petroleum Exporting Countries (OPEC) seems to have given up controlling prices through capping production.

The impact of the decrease has already been painful for companies, governments and people alike. Saudi Arabia, which is funding up to 70 percent of its government budget via oil, has, in spite of very low extraction cost, already started massively spending its rainy-day fund. The same goes for the oil service giant Schlumberger, which has continued to cut jobs in the thousands over the past quarter.

There is an upside though. Companies are getting leaner and extraction costs are on their way down. If not at the expense of employee or environmental security, then the market forces serve their purpose by reducing inefficiencies. Standardization is also good as it reduces barriers to entry for oil service companies, thereby increasing competition. In addition, standardization can propagate economies of scale to further reduce costs.

The reduction in oil prices may be an example of when new technology has challenged the hegemony of the old order and the consequences have already been dire for many. This has, however, also prompted some long overdue changes to an industry historically characterized by very high profitability. As oil prices start to stabilize, companies are forced to cut costs to get back into the green, as there is little evidence of the possibility for oil prices to go back up to pre-2014 level. This can indeed prove to be a good opportunity for procurement.