Working Together: Supply Chain and the Refugee Crisis 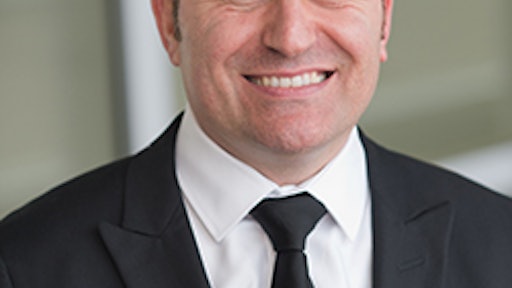 As of March 2011, an estimated 9 million Syrians fled their homes since the outbreak of civil war, making it one of the worst humanitarian crises since World War II.

As more refugees flee into the European continent and with winter looming, there is a need to start examining how to prevent a mass human tragedy when there are hundreds of thousands of refugees trying to find food and shelter. During the past months, we saw how many European governments are unprepared for the refugees, either by closing their borders or leaving the refugees to be settled by other countries.

The stories of refugees fleeing via rubber boats to Greece hit home for me. I was born and raised in Ayvalık, Turkey, only 4 miles from the Greek island of Lesbos, where many Syrian refugees are making landfall in desperate bids to flee the violence in their country. Seeing this mass migration of humans is shocking; seeing it near where I grew up is unsettling. As a professor of supply chain management at Syracuse University’s Martin J. Whitman School of Management, I could see that there was a complete breakdown of the supply chain as governments throughout Europe were failing to supply the necessary food, shelter and medicine.

Refugees are showing up in places like Austria and Hungary, areas known for harsh winters, as well as many other parts of Europe. As governments argue over what to do, thousands of refugees set up makeshift camps, far from city centers, that cannot withstand a European winter.

In these moments when governments fail to adequately respond, it is when we turn to supply chain management and private entities that have the knowledge and the systems in place to get necessary goods to people who desperately need it. Often, governments don’t understand how to quickly deliver the necessary goods to people living in harsh or isolated areas. Private companies are better equipped in the sense that they know how to deliver goods in all sorts of environments. If you want to reach the most remote places in the world, you have to look at how Coca-Cola delivers its products to those regions. Or take Wal-Mart, for example, which stepped up to deliver water and supplies to Hurricane Katrina victims as the Federal Emergency Management Agency (FEMA) struggled to mobilize rescue efforts.

In February 2014, the New York Times reported how we can build a highly functional refugee camp, citing the quick response put together by the Turkish community. Having experienced several catastrophic earthquakes, Turkey has a dedicated organization called the Disaster and Emergency Management Presidency (AFAD). Working closely with non-government organizations (NGOs) and private entities, the government first identified locations for camps that can help with all logistical needs. Private companies and AFAD brought together livable pods (tiny studios) separated with the minimum distance from each other specified by the United Nations High Commissioner for Refugees (UNHCR). The government worked with utility companies to establish power. Neighboring municipalities provided cleaning and trash collection services. Private donors commissioned catering companies to bring in fresh, hot meals with nutrition for all refugees. For the children and elderly, enhanced nutritional goods were provided. NGOs organized volunteers to provide education and psychological needs.

In the Kilis refugee camp, grocery retail chains established three large grocery stores for immediate needs; these chains know how to move goods, circulate inventory and establish an operation. Considering that the number of refugees (exceeding 2 million in population) is bigger than most cities in the whole country, this is a challenging operation from planning and execution perspectives. This kind of operation requires significant logistical planning, a skill set often not present in government organizations; it certainly requires the collaboration of private enterprises and NGOs.

Of course, these refugee camps are short-term solutions. Containing refugees in a remote and isolated location is not an ideal environment for any immigrant. Children need education, and these immigrants need to blend in and learn to live with citizens of the country providing them shelter. Thus, the next phase requires even bigger planning, which entails urban planning and economic development.

Industry understands supply chain, and how to move goods and services quickly and efficiently. To successfully address the needs of refugees, governments should begin partnering with the organizations that understand how to distribute goods, and pinpoint what it is needed and when. In tragedies of this kind, food delivery becomes an important issue, as does medical delivery, and both are highly correlated. If you fail on the food side, you are going to have problems on the health side. In this moment, in which there are still thousands of refugees without homes, governments need to work with private entities that know how to deliver in those conditions. A government organization by itself does not have the know-how for these kinds of operations.

But one entity can’t do it on its own. We need collaboration. The United Nations (UN) would be able to provide leadership because it’s done a very good job with distributing malaria medicine in Africa, for example. The UN has an organization that is dedicated to Africa and malaria outbreaks. In the case of Syrian refugees, nothing like that even exists. But first, the UN would need to organize a specific group within the UN to address refugee challenges. The group would do well to partner with all these companies and private entities to make the necessary deliveries.