While parts of the United States feel the ease of COVID-19 restrictions the past year, Shanghai's strict lockdowns begin to cause chaos for more than just the supply chain. 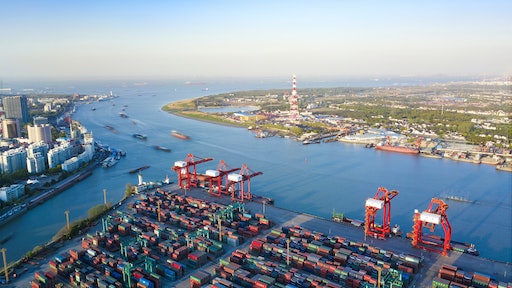 The Port of Shanghai
lotusjeremy/stock.adobe.com

The story does not seem new for those of us who have worked in the supply chain for the last two years. "Major COVID-19 lockdowns cause greater strain on an already-stressed supply chain." This time in Shanghai, with possibly Beijing to follow. But this time it's a little different for many reasons. The first being the importance of the city economically as well as the intense strictness of these lockdowns, leading headlines down a different path.

Known as the second largest economy in the world, Shanghai business and finance professionals attempt to flock the city to save their livelihoods. At the same time, consumers attempt to use social media to share their deep concerns, frustrations and fears over the extensive lockdowns. But these social media posts are often censored, according to coverage from CNN.

The sentiment is confusing for those who felt throughout 2020 that strict lockdowns were beneficial to stopping the spread of the deadly virus. But it is merely the extensiveness of the lockdowns that have people so concerned, such as the erection of gates to keep citizens inside their homes.

Naturally, a lockdown this severe in such a prominent location significantly affects the supply chain, with the port completely backed up and factories not in operation.

Tesla, one of many manufacturers in the city, considers reopening in a closed loop system to start production, after the semi-conductor shortage already ravaged the auto industry this past year, but experts fear that the blockage at the port will prevent raw materials from entering the city as well as shipments leaving the city.

The effects from Shanghai will be felt in the United States, mostly in the West Coast ports, as shippers will look to avoid the infamous bottlenecks which occurred in these ports last year.

Shanghai's lockdowns have been in place for almost a month and according to AP News, the death total has reached 238 and it's the most cases the country has seen of the virus since Wuhan in 2019. The government will be testing residents throughout the city this week to determine if reopening is safe.