AI already is in the fight against cybercriminals. 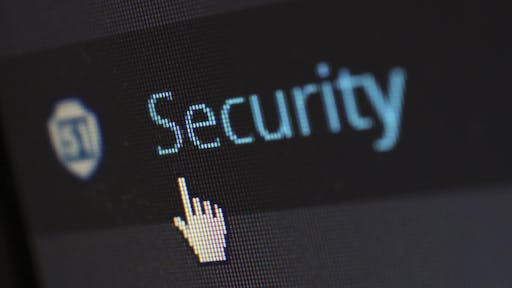 There are those that view the rise of the machines in terms of a Terminator-style annihilation event. Truth be told, there may be some cause for concern, but we’ve already passed the point of no return. We couldn’t halt computer learning now if we tried. This is why the point of whether AI should be used or not is a moot point.

One thing that doomsayers haven’t considered, though, is how effective AI already is in the fight against cybercriminals. Anti-phishing and email scanning applications are already proving extremely useful in this area.

These programs are trained to recognize patterns that indicate that something is fishy with a particular email. These programs can analyze thousands of emails in seconds and quarantine those that look iffy. As they grow and learn more about the patterns in suspicious emails, they become even more effective. The same is true of the anti-virus software that protects all our data.

Considering that machine learning is still a nascent field, the early success of these programs points to the promise of even better results in the future. This brings up an interesting question – could AI end the war on cybercrime?

Don’t Write off the Cybercriminals Just Yet

Most attacks exploit a vulnerability in the system. Theoretically, if AI could patch any holes in the security, cybercrime would be on its last legs. In reality, nothing is ever quite that simple. In the real world, we have a big weakness in this race – human error.

If John in accounting decides to download a funny meme, there could well be malware attached. Unfortunately, in this case, humans are the weakest link. And, until you can remove any element of judgment on the human’s part, there’s no such thing as a completely secure system.

Bundle in the fact that humans are also infinitely creative, and you’ll start to see why there’s no clear winner here. Ten or twenty years ago, email scams were easy to spot. You’d generally get some outrageous offer that only a fool would think was real.

These criminals are a lot more intelligent than we give them credit for. Those emails are so outlandish that it takes someone really gullible to fall for them. This saves time for the criminal because he doesn’t have to spend time convincing someone that the offer is real.

But scammers don’t just target gullible people. They also come up with ingenious ways to come across as legit. Most modern phishing emails are so good that we’ll never realize that they’re not real.

And criminals are always looking for new ways to make money. When one advance in protection is made, they’ll come up with a way around it. They may even be taking advantage of machine learning themselves.

What it All Boils Down To

At the end of the day, it’s clear that AI can deal a serious blow to cybercrime. Is it likely to be a killing blow? Not at this stage of the game, unfortunately. Which is why we all need to implement a more layered approach to cybersecurity.

Have the anti-virus software in place, but also implement secondary measures to shore up the protection. In this fight, information is your best ally.