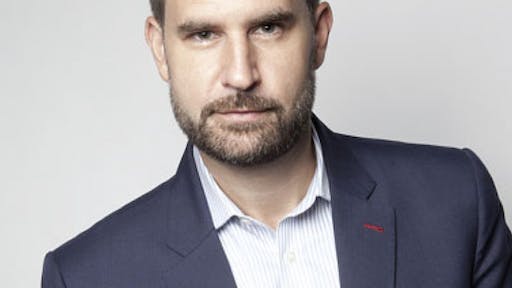 Over a decade ago, supply chain finance (SCF) was mainly conceptual in Latin America and trade finance solutions in the region were relegated to the largest firms. However, with expanding trade relationships with Asia and the United States, and a rapid transformation in commerce due to the region’s growing middle class, Latin America is becoming increasingly attractive for SCF solutions across the region. In an attempt to enhance cash flows, manufacturers and their suppliers are implementing such financing programs to optimize their working capital, as well as improve their relationships. To capitalize on Latin America’s greater SCF opportunities, companies can learn from the experience that multinationals around the globe are leveraging for successful SCF initiatives.

Latin America is becoming an increasingly attractive investment opportunity for both global manufacturers and strategic suppliers for multiple reasons: Transportation and lead times are shorter between North America and South America than with the Asia-Pacific region; wages are still significantly lower than in the United States; and free trade agreements allow for greater opportunity for suppliers and manufacturers. As a result, foreign direct investment is growing rapidly throughout Latin America—particularly in Mexico and Brazil. The thriving economy, broad range of trading partners and resulting need for working capital are creating a path for Latin America to become the next trade finance frontier.

When SCF began to be used in Latin America just a few years ago, initiatives were greeted with enthusiasm by businesses in the region. However, commercial banks were unexpectedly much slower to adopt SCF programs despite the strong relationships they had with large buying organizations. Large banks faced challenges in working with suppliers effectively and cost efficiently. Meanwhile, smaller local banks with strong supplier relationships were challenged with constricted access to large buyer companies. Also impeding the adoption of SCF was the fact that some financial institutions ran up against their credit lines in terms of funding and risk appetite in Latin America. Furthermore, foreign banks lacked local knowledge, causing greater challenges in educating and communicating with suppliers. In most cases, these problems created costs that outweighed the financial benefits for banks.

Since the first introduction of SCF solutions in Latin America, much is changing. Specialized SCF providers are entering the region and refining their offerings to meet the requirements of the market. With greater availability to reach multinationals, local corporations and suppliers, these new players are successfully adapting their products to overcome the barriers of entry in Latin America.

Initially, companies considering a SCF program must account for language barriers between their headquarters, manufacturing facilities, suppliers and SCF providers. It is important to select a partner that can work in multiple languages in terms of platform and support; in South America, that means supporting Spanish and Portuguese, in addition to English. Multinationals looking to implement a SCF program must select a partner with broad reach, local expertise and feet on the ground to avoid communication inefficiencies.

Secondly, it is important that a SCF partner is flexible enough to adapt—including working with multiple funding sources—as frequent changes occur both internally and externally. Financial markets and the banking environment changed substantially in the wake of the last financial crisis. In an ideal world, a corporation might work with a single bank across Latin America. However, experience shows that best practice is to use an independent structure, allowing the corporate buyer to work with multiple financial institutions. As funding requirements increase or the geographical scope of operations changes, multiple funding sources can better provide the ability to support several different currencies, onboard suppliers locally and supply sufficient credit risk appetite.

Finally, corporations around the world should look for SCF opportunities from government-mandated tax and e-invoicing requirements. Latin America is a forerunner in leveraging e-invoicing and advancing sales tax collections to remedy lost tax revenues. Now, European countries like Spain and Hungary are in the process of implementing similar mandates. The e-invoicing adoption rate in Latin America is helping facilitate SCF adoption for an obvious reason—a faster invoice approval process allows for suppliers to receive payments quicker, thus further improving their working capital. For instance, in most countries in Latin America, the supplier must register its invoices with the government for approval—a process that takes only a few seconds—before sending it to the buyer for payment. In selecting the right SCF solution, companies must consider their current state of compliance based on where they operate and where they are planning to expand to ensure efficiency, while avoiding the need to invest in multiple solutions.

In sum, businesses should take note of the examples set by global companies that are supporting financing for their international supply chains and improving cash flows through SCF. A centralized, yet flexible approach helps to facilitate onboarding suppliers, ensure sufficient funds and take advantage of local compliance initiatives, ultimately helping companies provide greater value back into their supply chain and strengthen their supplier base.

Oliver Belin is the director of supply chain finance at Sovos Compliance.

Building Bridges to Finance and Beyond

Financial Apps to Take Off