A Look Back at 2015 for Supply Chains 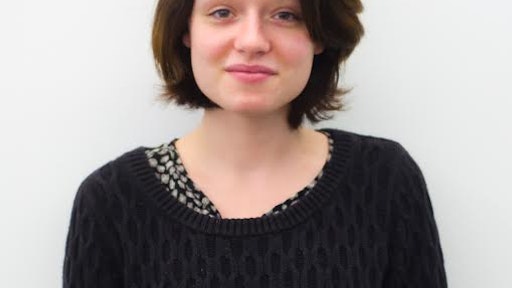 2015 was an eventful year for supply chains. From labor strikes to catastrophic explosions, procurement and logistics managers had to deal with sudden disruptions that threatened their inventory across the world. We take a look at the biggest supply chain impacts of the year and how successful companies responded—and look forward into the biggest things to watch for in 2016.

1. West Coast port strikes kept inventory off the shelves. From late 2014 into March of 2015, labor strikes at West Coast ports left dozens of cargo ships—some carrying perishable goods—stranded just outside the harbor and tying up $7 billion in inaccessible inventory. Effects creeped into the summer months as ships diverted away from Los Angeles and Long Beach ports, and smaller strikes kept congestion high.

Biggest mistakes: Communication was key here—the port strikes had warning, so some executives wrongly assumed that everyone knew what to do. Companies were left stranded when managers in foreign countries who weren’t aware of the strike shipped off inventory. As a result, those companies had to quickly manufacture extra inventory to ship either by air or to other ports, costing them millions and leaving them with out-of-season inventory months after the fact.

Lessons learned: A global supply chain means global perspectives. Don’t assume that your manufacturer overseas knows what you know and don’t give in to the belief that there’s anyone who doesn’t need to know key information. Often, people on the factory floor can give the most important input (or make the worst mistakes, if they’re uninformed). Communication across all levels of your supply chain isn’t just a plus—in today’s changing global economy, it’s the new flexible supply chain's life support.

2. A devastating explosion in China shut down operations. In August, a Tianjin warehouse containing illegal amounts of the highly flammable sodium cyanide set off three deadly explosions, ripping through the city’s bustling port and closing it for weeks. Tianjin, a city with many petrochemical, auto and electronics manufacturing sites, saw factories shut down and inventory destroyed. Some companies are still reeling from the blasts.

Biggest mistakes: While no one could foresee the explosion, companies kept in the dark after the explosion didn’t have the time or resources to act quickly. Lack of communication and inaction led to uncertainty and surprise losses months down the line. In addition, companies that weren’t aware if they had suppliers in Tianjin missed out on being able to move their inventory away from Tianjin, rerouting to other Chinese ports.

Lessons learned: Companies need to be aware of events that may affect them as they happen. Real-time updates are hugely important to any decision and not enough companies utilize the data they have available to make informed decisions. No one can know the exact impacts to their supply chain right away—but there are vital pieces of information that companies can glean and that information needs to be up to date.

Biggest mistakes: Companies lost out when they weren’t made aware of the scope and weight of the weather events, and had shipments delayed, or they weren’t aware that their inventory was at risk of disruption.

Lessons learned: With weather events, companies can usually see the damage coming and have time to respond—but their supply chains need to be agile enough to respond in a small window of time. How does a huge supply chain achieve agility? By giving everyone, regardless of status, access to real-time updates. Employees on warehouse floors, international logistics managers and supplier outreach members all have a big part in making key decisions, even if they don’t seem drastic in the grand scheme of things. A shipment deployed ahead of a coming storm could mean millions of dollars worth of inventory delayed and that’s down to an uninformed decision by someone who could have been in the loop.

1. Supply chains will be stretched by a talent shortage. At a time when the global supply chain needs the most talent, it’s getting frighteningly scarce. Countless companies expressed their concern of lacking an adequate workforce and being unable to find new talent. As the world gets more chaotic, more skilled professionals are needed to sort out pressing, unpredictable issues. As more universities offer fast-track degrees for supply chain professionals, a new flood of talent will enter the workplace—but job functions at existing companies need an upgrade. Supply chain is one of the most (if not the most) important functions at a product company—but until recently, it wasn’t treated as such. Most talented individuals decide to go into marketing or finance, where the prestige is. If we’re going to close the talent gap, we need to start treating jobs in supply chain as the highly demanding—and highly rewarding—careers that they are.

3. Supply chains will become consumer-oriented. More and more, consumers are dictating the format and function of supply chains. In response to globalization and a more chaotic supply chain, consumers are asking questions about the origin of the products they love. That means that it’s up to supply chain managers to make an effort to know the breadth and depth of their supply chains in order to provide consumers with the information or quality they’re demanding. All this without sacrificing costs. It’s a tough job, but the tools exist to achieve that goal. It’s about utilizing data, real-time updates and working closely with suppliers to provide the best products possible.

No one said handling supply chains was easy—and things are only going to get crazier next year. The good news is that it’s possible to ease the chaos of your own supply chain, but it requires an overhaul of the old ways of thinking. If you can endure the shift, you should see smoother sailing—even on stormy seas.