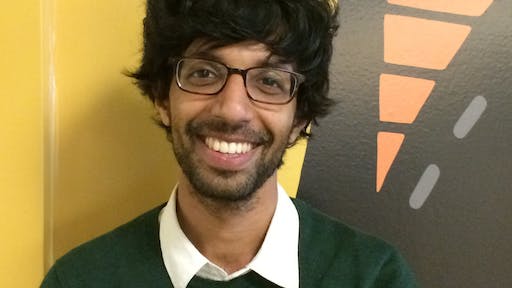 Now that trade ministers reached an agreement on the largest regional trade deal in history—the Trans-Pacific Partnership (TPP)—many businesses are left wondering, how is this going to affect me?

It’s a complicated question and experts are highly divided. Some insist the TPP will increase competitiveness in foreign markets and open new frontiers for growth. Others are wary of increased competition domestically and a loss of jobs to outsourcing. Some laud the intellectual property (IP) protections in the deal. Others argue that those IP regulations will make crucial goods like medicines unaffordable in poorer countries. And then there are opinions on what the TPP will mean for geopolitics.

At the end of the day, no one is 100 percent sure what the effects will be, because the TPP is a sweeping monster of a pact involving 12 countries in the Pacific that collectively account for 40 percent of all global trade.

But it’s never too late to be prepared for what may come.

Laying New Tracks across the Sea

The TPP still has a long road ahead to become policy. Trade ministers agreed on the final look of the deal, but the government of each country involved still needs to ratify the agreement. That pending approval doesn’t stop companies across industries from investigating the opportunities, though.

As the Wall Street Journal reports, logistics companies—small and large—are starting to experience a surge of interest about the TPP and potential new trade routes. Businesses are asking to review, amend and add new lanes to their annual transportation contracts. They are analyzing potential market opportunities, sourcing options, trade partners, financial partners, etc. Ultimately, if the TPP passes, companies want to be ready to act.

Redesigning a global supply chain to take advantage of TPP, or avoid its pitfalls, is enticing … especially with opportunities like Vietnam, which is already gaining a lot of manufacturing business, and will likely gain even more without trade barriers in the way. But for all the excitement around these new opportunities, there’s also a lot of uncertainty. Vietnam, for one, may have manufacturing appeal, but also lacks the crucial infrastructure needed to make it a viable alternative to China. The same can be said for Malaysia.

Not to rain on anyone’s TPP parade, but these kinds of risks mean that businesses need to take a step back, and evaluate whether they’re ready and capable enough to handle new trade routes before they go charging headfirst into the Pacific.

Entering a new market can be as challenging as it is rewarding. A Harvard Business Review report from earlier this year revealed how few companies succeed at going global. And even for the ones that do, the return on assets (ROA) can be mediocre for several years upfront. Just because the TPP lowers trade barriers doesn’t guarantee success in a foreign market. The cost of selling into a new market, or outsourcing production to a new country, can be unexpectedly high. Transportation, infrastructure, market demand, local regulations, supplier collaboration and financing—all these things can cripple efforts to go global.

If the TPP encourages companies to seek new markets and production sources, those companies need to be ready to take on the risks of going global. In supply chains, there’s unfortunately no surefire way to protect against things going wrong. Global trade is full of highly complex variables. But even if businesses can’t protect against all of them, they can at the very least set themselves up to be able to respond quickly.

Configuring a supply chain to be responsive means a few basic things. One is to have end-to-end supply chain visibility. Supply chain visibility may sound like some industrial platonic ideal, but it’s actually pretty tractable. Visibility requires having good information about where goods are and what transactions are taking place in real time, across the entire supply chain. That’s not just within a company, but between companies, across trading partners.

The other quality of a responsive supply chain is using visibility to actually execute quickly if something unexpected happens. Executing quickly requires clear and rapid communication between trading partners. That’s best accomplished these days through modern commerce cloud platforms, which serve as a kind of nervous system for supply chain coordination.

As businesses look for ways to get in on the TPP, it would serve them well to make sure their infrastructure is ready for the new frontiers of the Pacific. There may be a lot of opportunity and uncertainty out there, but structuring around agility and collaboration would be a wise way to be prepared for all that the TPP may bring.