DQSA Is the Antidote for Fragmented State-to-State Legislation 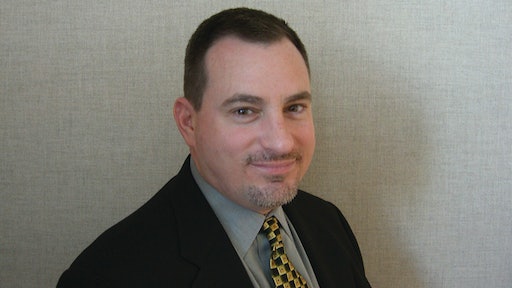 Not too long ago, pharmaceutical distribution companies were waiting with bated breath at the prospect of altering their logistics processes to adhere to the stringent regulations of the state of California’s e-pedigree law. At the onset of this proposed legislation from the Golden State, the industry experienced a collective panic—one that came with the realization that if one state enacted this sort of law, the opportunity for the remaining 49 states to follow suit could wreak havoc on the consistencies and procedures in place to streamline pharmaceutical distribution and serialization.

While this law was placed on hold, to the relief of the many companies whose supply chains would be impacted by its mandates, what is on the horizon at the federal level still instills caution to pharmaceutical supply chain decision-makers paying attention to the now apparent regulatory requirements ahead.

The passage of House bill H.R. 3204, the Drug Quality and Security Act (DQSA) legislation for track-and-trace requirements, is good news for the industry: Its implementation means that pharmaceutical distributors only have to establish a single set of processes that apply to all shipments within the U.S. The bad news is there’s still a lot of work to be done and not a lot of time to do it. The first deadline is less than a year away—January 1, 2015, to be exact.

The Cause of the Symptoms: What Is Driving e-Pedigree Regulation?

These laws were introduced primarily to fight against dangerous and illegal drug counterfeiting, which presents a health risk around the globe. Counterfeiting thrives anywhere regulatory enforcement systems are weak. For example, some figures show that 40 percent of the drugs circulated in Latin America are counterfeit. In West Africa, the figure jumps to 70 percent, according to the World Health Organization (WHO).

In some cases, the drugs in question aren’t drugs at all, because they contain no active ingredients; they are essentially worthless, except as a cash cow to unscrupulous manufacturers and distributors. In others, the drugs contain an amount insufficient for the illnesses they are designed to combat; according to the WHO, they may do more harm than good by encouraging the diseases they’re supposedly combating to mutate into a stronger form that is resistant to the real drugs. Some of these counterfeit drugs even contain ingredients that can cause illness or death.

The problem is that it can be difficult to distinguish these counterfeit drugs from the genuine medications, especially if the entities producing them do a good job of mimicking the original packaging. e-Pedigree laws, and now DQSA, are designed to combat these illegal drugs by requiring that the entire history of the medication, from the manufacturer to its present location, be traceable all the way through the supply chain. Not just to the lot level, as is the case today, but down to the unit level.

In practical terms, what that means is every single bottle or package eventually needs an individual serial number, which has to be created and logged by the manufacturer. Every time that bottle or package is handed off through the supply chain, the change in control needs to be noted and verified in a way that can be traced later. Each transaction requires a transaction report consisting of the transaction information, transaction history and transaction statement, and data on all transactions have to be maintained for six years.

At any time during this six-year period, should a question arise about the legitimacy of a particular drug shipment, pharmaceutical distributors need to be able to produce this complete history of where it came from and where it went, and to be able to reverse-engineer the distribution process to get it back or face severe consequences—from steep financial penalties to having their licenses revoked.

There is also going to be increasing pressure for pharmaceutical distributors to report suspicious orders, such as those with unusual methods of payment or delivery, abnormal order sizes, or extraordinary quantities. This is something that is already required by Drug Enforcement Administration (DEA) Form 22 under the Controlled Substances Act. But once DSQA is in place, pharmaceutical distributors are under the microscope even more. Should a question arise, they have one business day or up to 48 hours to respond to requests from the Secretary in the event of a recall, or an investigation related to suspect or illegitimate products.

As mentioned previously, the first deadline for pharmaceutical distributors under DQSA is January 1, 2015. That is when distributors need to have a system in place to manage all layers of the transaction, i.e. provide product tracing for authorized trading partners. By 2017 distributors need to be able to receive and maintain electronic data on all transactions, including product identification serial numbers. In 2023, they are required to have full unit-level tracing. Because of the complexities of the system, it is imperative that pharmaceutical distributors begin making preparations for compliance now.

Perhaps the most important thing a pharmaceutical distributor can do is examine its current product management systems and processes to determine if they are capable of this much more detailed level of track and trace requirements.

Those still using paper systems (or simple manual electronic applications, such as spreadsheets) should consider moving to an enterprise resource planning (ERP) system. A manual system may work if you only ship in very small volume; anything more than that requires an electronic system. By 2017, an electronic system is required by law.

For those who already have ERP in place, the thing to look at is whether it is a general ERP or one created to handle the specific requirements of the pharmaceutical industry. This is an important distinction.

General ERP systems are designed for industries such as hard goods manufacturing that are nowhere near as heavily regulated as the pharmaceutical industry. They don’t have to deal with the level of counterfeiting that is present in pharmaceuticals, nor the associated health risks, and therefore, these general ERPs don’t have the sophisticated track-and-trace capabilities built into them. Why would they? It would just add complexity and cost where they’re not needed.

An ERP designed specifically for the pharmaceutical industry allows distributors to meet the track-and-trace requirements automatically by making it part of business as usual. Rather than having to create new processes and procedures that can be disruptive to the organization, a pharmaceutical-specific ERP captures and stores the information as part of the normal course of doing business, and enables the level of reporting that is required to satisfy DQSA.

Of course, since not all of the requirements of DQSA were defined yet, you want an ERP that is flexible enough to make adjustments as needed. That capability also comes in handy should the requirements change along the way, as often happens when government legislation is involved.

A Healthy Future in Store

Counterfeit drugs are not just a health risk. They also put an organization, its brand(s), its reputation and even its existence in jeopardy. While complying with more stringent track-and-trace laws can create issues on the front end, they’re ultimately better for all involved.

With DQSA, pharmaceutical distributors can avoid having to juggle multiple e-pedigree regulations at the same time across state lines. And with the right ERP system—one that is designed for the specific requirements of the pharmaceutical industry—you have the protection you need to respond to the requirements of the law, leaving your supply chain healthy and strong, with systems in place to fight off counterfeit claims, if ever they should arise. If an apple a day keeps the doctor away, one law to replace the potential for many confusing variations is a step in the right direction to prevent confusing and cumbersome serialization procedures in the future.