By changing the way customs embraces digital vetting, authorities can become less vulnerable to the winds of economic change and more resilient to the dangers of deception and delay when they do arise. 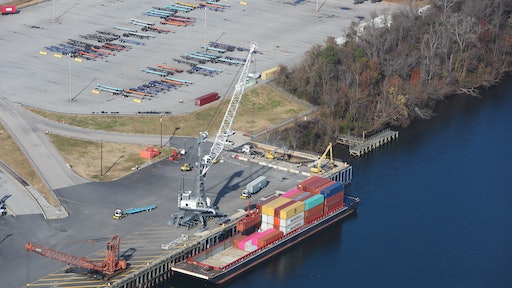 In chaos theory, the butterfly effect is based on the idea that one small change can have an exponential impact on the entire ecosystem, and today’s interconnected economy is certainly not immune. In an arena as complex and agile as global trade, small shifts such as the recent decline of shipping costs may sound positively encouraging off-the-bat, but can also create hugely detrimental risks to the wider ecosystem and ultimately to consumers.

Yet the coming surge of imports is also expected to challenge other supply chain links, opening the door to significant trading delays and bottlenecks at the border, not to mention the potential proliferation of counterfeit and substandard goods. These are risks we simply don’t have the luxury of ignoring.

Let’s first look at recent patterns. U.S. freight rates increased 28% year over year, but have declined almost 2% month-over-month in July, a likely signal that the U.S. market has reached peak freight rates. Such cheaper rates essentially represent higher potential profit margins for the shipper. If one shipment of goods can, for instance, bring an extra 5% profit because of cheaper freight, then imagine the exponential gains to be had from multiplying those shipments. When you combine these lower shipping costs with the rising price of branded goods, where apparel has seen a 14% hike and many luxury items have risen by almost 18% since 2019, then you find even more counterfeit incentives to ramp up operations, since you can now exact larger profits margins from the end-consumer. It’s a perfect storm and a window of opportunity few counterfeiters would fail to pounce upon, and there's little surprise that attempts are becoming more brazen.

The supply chain is already starting to see it play out. In the UK, over 4 million counterfeit products were seized in the 2021-2022 financial year, more than treble the year before, and in August 2022, the U.S. CBP seized nearly 2,099 shipments that contained imitation goods valued at more than $159 million. It goes without saying that this uptick not only hurts national economies, which stands at roughly $934 billion in lost customs revenues every year, but also requires significant customs resources to tackle it.

Despite the growth of a fledgling authentication industry, counterfeits essentially remain a difficult nut to crack. Manually inspecting each counterfeit product seemingly indistinguishable from the real thing remains taxing, costly and often insufficient. Many retailers still don’t have the sufficient knowledge or tools to filter counterfeit products thoroughly, and now, with the explosion of e-commerce and social media, the lines between real and fake are more blurred.

Counterfeiters also continue to raise the bar by falsifying labels, breaking shipments into smaller units and obscuring shipping routes. Duplication is becoming more sophisticated and because some products are made from as many as 100 parts supplied by a dozen or more contractors in different countries, even the best-intentioned original manufacturers may not know what finds its way into their supply chain. It’s a complex web few authorities can untangle, let alone address clearly.

For the most part, it has become a question of selectivity for authorities dealing with the issue, but customs authorities should not have to pick between legitimate trade and operational flow. Both vectors are incredibly important, yet wearied authorities settling for a scant compromise of the two subsequently achieves little of either.

While inflation may settle back down and the labor situation may smoothen out, the scale of the problem remains seismic: counterfeit items account for 3.3% of global trade and the overwhelming popularity of e-commerce isn’t going away anytime soon, which means authorities will need to begin stepping up, and not just with a temporary band-aid solution. Supply chain companies now need to initiate a more resilient and lasting approach that marries both efficacy and flow.

Counterfeiters spurred on by lower shipping costs certainly represent a clear-and-present threat, but the most direct ramifications are the inevitable pile-up of shipments and resulting bottlenecks at the border. More shipments mean more inspections and deliberations by authorities, who need to vigilantly verify the legitimacy of each shipment, invariably leading to more delays and this affects the entire border process. Although major ports, including United States and Shanghai, are starting to get through unprecedented backlogs, there is still a long way to go and with the latest jolt of reduced shipping costs, that congestion headache is likely to worsen.

It’s time to innovate and turn the tables

It’s now time to start re-assessing how to best attack the problem and begin reinvigorating the country’s customs authorities, who act as gatekeepers in detecting fake goods, interdicting shipments and enabling the free flow of legitimate trade.

With the World Customs Organization dubbing 2022 as the year of “digital customs,” embracing a data culture and changing the digital approach in certain areas could hugely benefit the supply chain. From manufacturers and shipping routes to legal histories and social media activities, illicit traders have enjoyed impunity for too long in the blind spots previously considered beyond our grasp, but times are changing.

Data today can be assessed much more briskly through advanced algorithms that perform actions previously considered overly taxing, enabling authorities to cast a much wider spectrum of analysis points than previously possible. This ultimately gives them a better capacity to achieve the full unadulterated picture, where it’s not simply the transaction itself, which is scrutinized but any and every entity potentially involved. Analyzing the shipment’s weight declaration, for instance, has never really been a fruitful indicator in the past, but when using a swift real time ability to compare it against industry norms, it suddenly bears fruit. A shipper’s scope of business has also been a difficult analysis point to verify in the past, but if multiple data points from objective external sources are utilized, one can establish how far a shipper’s goods declaration veers from its usual operations.

Not only would this approach transform how nations keep illicit goods at bay, but it would also arm customs agencies with the means to coordinate ahead of time and abolish those long delays born out of limited capabilities. That would ultimately save customs huge amounts of resources lost daily on processing suspicious-yet-legitimate shipments and play a vital role in remedying the bottleneck delays that continue to plague cross border trade.

By changing the way customs embraces digital vetting, authorities can become less vulnerable to the winds of economic change and more resilient to the dangers of deception and delay when they do arise. This is the future of safe trade, and now is the time to get started.

The countdown is on for manufacturers to start collecting data from suppliers to maintain EU market access.
Assent
December 9, 2022

The supply chain of the future will be digitally driven with added benefits of automation and technology.
GS1 US
October 7, 2022
Follow Us