Scott Garrett, a former New Jersey congressman, was chosen to serve as president of the bank. 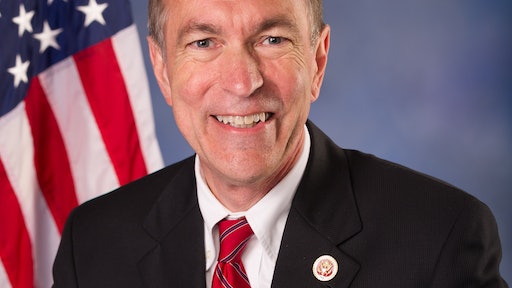 President Donald Trump on Friday announced his selection for president the Export-Import Bank, ironically electing someone who has a history of opposing the bank.

Scott Garrett, a former New Jersey congressman, was chosen to serve as president of the bank, which is the official export credit agency of the United States federal government, until Jan. 20, 2021. While in Congress, Garrett served on the House committees for budget and financial services before losing in the 2016 election. As a conservative member of the financial services committee, Garrett opposed the Export-Import Bank.

Many conservatives want the bank eliminated, calling it an example of "crony capitalism." Trump during his campaign vowed to close down the bank, a position he reversed himself on this week.

ExIm Bank Looks To Prove Its Worth

Flexport's head of air freight joins the podcast to discuss air freight and how COVID-19 and sustainability affects the industry.
Flexport
May 18, 2021

Mackenna Moralez sits down with Owen Smith, vice president of sales - new business, Omnitracs to discuss what it takes to develop best-in-class solutions for supply chains and how he helped clients adjust to changes brought on by the COVID-19 pandemic.
Omnitracs
May 13, 2021
Latest