The Confédération Générale du Travail is applying pressure at strategic nodes, such as ports, railways and petrochemicals 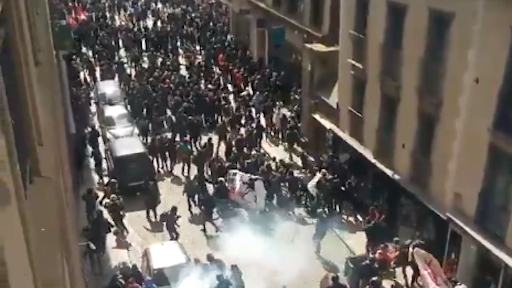 Suddenly, France is veering into one of those dramatic social conflicts to which it alone seems to know the secret. After two months of rolling, but unspectacular demonstrations against the government's contested labor law, in the space of a week, the stakes have changed.

Now there are angry queues at petrol stations, citizens unable to drive to work, tires burning at oil refineries and the specter of power cuts if nuclear workers join.

What has happened is that one particular trade union—the Confédération Générale du Travail (CGT)—has made a strategic decision.

Two weeks ago, Socialist Prime Minister Manuel Valls—after consultation with President François Hollande—decided to push the unpopular labor law through the National Assembly without a vote.