Thinking About the Dangers of Industry 4.0

We often talk about transformative technologies in a positive light, and with good reason. Yet, the ethical concerns about Industry 4.0 need to be part of the conversation, too. 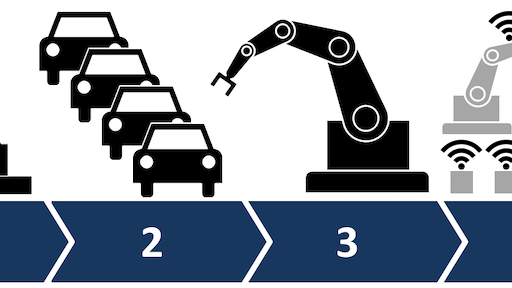 We often talk about transformative technologies in a positive light, and with good reason. Blockchain, the IoT, AI and machine learning hold tremendous promise for supply chains. Yet, the ethical concerns about Industry 4.0 need to be part of the conversation, too.

Klaus Schwab, founder of the World Economic Forum, notes that because the speed, scale and scope of change underway today is so fast, “entrepreneurs, companies and policymakers are already creating rules, norms, techniques and infrastructure around new technologies.” The result, says Schwab, is that in 10 years it will be too late to “shift mindsets” in order to address the challenges associated with Industry 4.0.

For starters, Schwab says that, “Our understanding of previous industrial revolutions is that while they create huge wealth and opportunity, they also create significant harm. Many people miss out on the benefits entirely, and it is most often those populations with the least voice or power who bear the negative consequences.”

Others warn of criminal misuse of transformative technologies, such as “adversarial AI,” in which researchers with expertise in AI systems try to deceive other AI systems into making incorrect classifications or decisions.

Nitin Dahad of EE Times says that image recognition systems are one of the most susceptible to these kinds of attacks. “Examples include making cars crash using false images to trick the car into stopping suddenly, or triggering the firing of autonomous weapons.”

Dahad concludes that while technology is “pushing the boundaries of what is possible, society will in the end decide how much of that technology takes its place in real world applications.”

Schwab has a similar take. He says Industry 4.0 will require a new type of leadership, called “systems leadership.” Systems leadership “doesn’t just mean leading on the design of the technologies themselves, but also acting as a leader on how they are governed and the values they exhibit in how the affect people from all backgrounds.”

In other words, the advent of transformative technologies will not simply create a wholesale displacement of workers and overtake humans when it comes to decision-making, Industry 4.0 will actually require even more thinking on the part of humans, including those engaged in supply chain.

Schwab sums it up this way: “Those of us lucky enough to be alive today have a responsibility to future generations to ensure they can live and find meaning in a sustainable, inclusive, technology-driven future.”