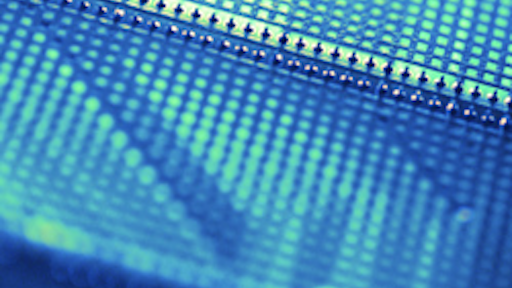 Cypress Semiconductor is no stranger to complexity. The company, based in San Jose, Calif., in the heart of Silicon Valley, manufactures more than 400 different integrated circuit products, along with a variety of other technology components, for demanding customers in the computer, networking and telecom equipment markets around the world.

To manage this complexity, Cypress has relied on technologies like software company i2's master planning solution to create production plans for its facilities around the world. Cypress went live with the i2 solution in 2001, but as part of the implementation, the company found that it also needed a tool that could keep the planning software humming along smoothly without human intervention.

Ready to Make the Unmanageable Manageable

Cypress was operating 15 plants at the time, and running the master planning software required collecting data from computers at each of those plants. "The planning software takes inputs from your factories, churns them and then figures out the best schedules to run which parts, at which time, in which quantity and at which plant," explains Rob Price, data warehouse manager at Cypress.

Orchestrating the collection and processing of all that data was a significant challenge, bordering on the unmanageable, according to Price. The only tool that that the company had at its disposal was the UNIX crontab, a configuration file that prompted commands to run at specific times. But crontab lacked the flexibility that Cypress needed to run the intricate planning process.

"To coordinate the [planning] run every day, we'd write lots of little jobs to import data and to run the actual engines, and then to put out reports afterward. It took about 100 jobs, or little programs, and the crontab would be overwhelmed," Price explains.

One option to address this issue was to develop scheduling software internally to orchestrate the planning process. But Cypress estimated that it would take as long as six months to develop the software in-house. Instead, the company looked outside for off-the-shelf software that could handle the task.

Surveying the market, Cypress found the various solution options available at that time divided across three cost tiers: a top tier, costing $150,000 or more, with all the bells and whistles; a middle tier running about $50,000 and offering less sophistication; and a third tier that included a lone entrant, ActiveBatch, from a company called Advanced Systems Concepts based in Morristown, N.J.

In all, Cypress looked at as many as 10 different scheduling applications. Its primary criteria for a solution included the ability to run on multiple platforms, the ability to actually schedule jobs on UNIX machines as well as Windows boxes, and alerting and reporting capabilities to ensure that the process ran smoothly. After an extensive evaluation process, ultimately Cypress settled on the ActiveBatch solution.

"ActiveBatch seemed to be pretty powerful for what we wanted, and it had all the features that we needed," Price says. "We were a little wary," he adds, "because we couldn't believe that it was this affordable. But we brought them in-house, demoed the product, made it work a few jobs and then never looked back."

The ActiveBatch scheduling tool is integrated with the i2 planning system and coordinates the planning jobs running on a central computer. "Agents" installed on the various machines running at Cypress' external facilities send data back to ActiveBatch when necessary to feed the planning system. When one job finishes, ActiveBatch initiates the next, managing the dependencies and ensuring that the jobs run in the proper sequence, and then it preps and sends out the necessary reports to the appropriate individuals. If a job goes off-track or appears to run too long, the tool fires off an alert by e-mail or pager to a staffer on the company's help desk who can investigate and address any problems.

Price says that the rollout of the scheduling tool went smoothly. Cypress did find that occasionally a schedule would sometimes "hang" as a result of a miscommunication between the agent and the central computer running the jobs. It happened enough initially that Cypress took the issue back to the ActiveBatch team, which dug into the code and fixed the problem in short order. "That's what we really liked about ActiveBatch," Price says. "They were smaller at the time than the more established mainframe job scheduling vendors and responsive, and they had very good technical support. They got it straightened out and gave us a version that was rock-solid."

Taking off the Blinders

Since installing the software nearly seven years ago, Cypress has continued to use the solution to run its planning process. Meanwhile, Advanced Systems Concepts has itself grown into a top-tier player in the job-scheduling space, positioning ActiveBatch today as an enterprise application available at affordable pricing, even as it has continued to roll out new versions of the solution. Cypress has deployed the upgrades and also has expanded its use of the ActiveBatch tool into other areas of the business that required similar job scheduling, to the point where the company currently is managing several hundred jobs through the solution. Using a centralized job scheduling program rather than a variety of disparate solutions has helped eliminate maintenance headaches for the company's IT staff, as well as simplified the overall work of managing permissions, alerts and other technical aspects of the scheduling processes, according to Price.

The data warehouse manager says that one lesson he has taken away from his experience is that it is worth stepping back from day-to-day operations periodically and asking whether any given process is being run as efficiently as possible. "We lived for too long without a good solution in place," Price says, "because if you have good people working on a process, they can make it work one way or another. You need to step back and ask yourself whether that's the best way to be using your resources. You need to take off your blinders. It's painful, but you have to do it."