U.S. supply chains will shift away from an overreliance on China to include more expanding Asian and European markets, in response to both recent trade wars and COVID-19. 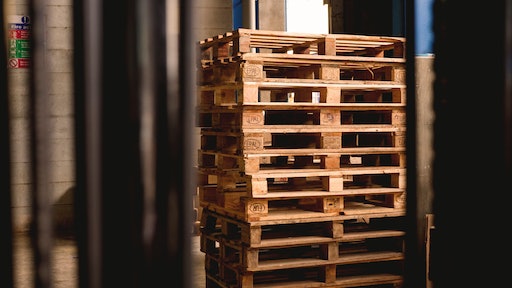 U.S. supply chains will shift away from an overreliance on China to include more expanding Asian and European markets, in response to both recent trade wars and COVID-19. This shift will establish new national distribution models in the U.S. that will particularly benefit regions such as the Southeast, according to CBRE’s international trade report.

China is and will remain one of the largest trade partners for the U.S. However, amid recent disruptions of supply chains, many companies will adopt a more diversified “China Plus One” strategy—an increasingly common strategy for manufacturers who have the bulk of their Asian operations in China, but want to reduce dependency on the manufacturing giant, in large part to limit the impacts of tariffs.

“While we will not see a widespread exodus from China, we will see a shift in trade patterns that will trigger broader effects on U.S. supply chains, including increased industrial distribution development and increased domestic manufacturing,” said John Morris, Executive Managing Director Americas Industrial & Logistics for CBRE.

This trend has already started, as China-to-U.S. exports decreased 12.7 percent in 2019, and total trade between the countries was down $100 billion year-over-year. Countries that have benefited from this shift include Taiwan and Vietnam, the fastest-growing trade partners with the U.S. Total trade between the U.S. and the Southeast Asian nations increased in 2019 by $18.7 billion and $9.1 billion, respectively. Countries outside of Asia, such as Europe’s Belgium, the Netherlands and France, have seen increased activity as well.

Southeast and Gulf poised for growth

The Southeast and Gulf regions of the U.S. are best positioned to capture industrial demand, boosted by growth in trade with Europe and parts of Asia that access the U.S. through the Suez Canal. The Southeast boasts the largest population in the U.S. at more than 85 million people and is projected to grow 4.8 percent in the next five years.

The port of Houston is a growing port of entry to supply the Southcentral U.S., which is projected to increase in population by 7.1% over the next five years. Charleston, Virginia and Savannah are three of the four fastest-growing seaports in the country, with twenty-foot equivalent units (TEU) growing by an average of 6.1% in 2019. Regional Southeast inland and air hub ports will also see a boost, benefiting markets including Greenville, SC; Atlanta, GA, Memphis, TN; the I-4 Corridor in Florida and the Shenandoah Valley in Virginia.

The Southeast region finished Q1 2020 with the top three industrial real estate growth markets in the country, as Savannah (#1), Greenville (#2), and Charleston (#3) were the top markets for net absorption as a percentage of existing inventory.

“West coast port fundamentals will remain sound and see growth in the coming years, but the top markets for growth will likely shift to the Southeast,” said James Breeze, Global Head of Industrial and Logistics research for CBRE. “As trade patterns change, this region offers significant logistics capacity, available land for industrial and manufacturing development, lower asking rents, and access to the largest population concentration in the country.”

Another impending change: Domestic manufacturing is likely to increase, and consequently, some real estate markets may see near-term demand bolstered as supply chains are adjusted and more parts are sourced from North America to meet new requirements.Recent disruptions have caused retailers and manufacturers to become more flexible and nimble, and many may opt to locate their operations or a portion of them much closer to their consumer base. This will be more prevalent for smaller manufacturers.

The recent United States-Mexico-Canada Agreement (USMCA) will likely drive more reshoring and increased industrial demand as well, especially in the automotive industry. A provision in the agreement mandates a higher percentage of North American-sourced materials in the assembly of autos.