Top inland ports are expanding at nearly twice the national pace due to the rapid growth of e-commerce. 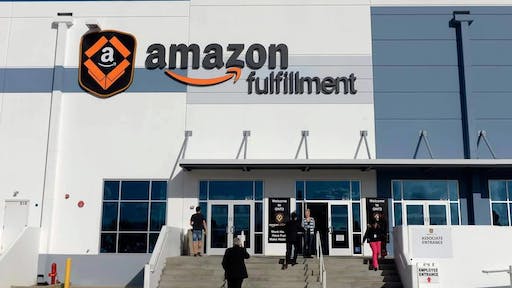 The rapid growth of e-commerce is fueling the development of warehouses and distribution centers in the 12 primary U.S. inland-port markets at nearly twice the national rate, according to a new report from CBRE Group Inc.

Even with the surge in construction, demand for industrial buildings in those markets is so robust that nine of the 12 saw their availability rates decline from their post-recession peaks faster than the national rate.

By far, the leading catalyst for the growth of inland ports is e-commerce, which is flooding U.S. seaports with an unprecedented volume of foreign cargo destined for markets across the U.S. That cargo is routed from seaports to nearby inland ports, which are major transportation hubs where cargo is handled, warehoused and broken into smaller batches for further distribution to consumers within that region.

“Inland ports account for more than half of the fastest growing industrial markets in the U.S. because they are key waystations in the national e-commerce distribution network,” said David Egan, CBRE’s head of industrial and logistics research in the Americas. “As online commerce continues to expand, more shippers, retailers and logistics firms will seek top-quality, big-box warehouses in the leading inland-port markets to serve as critical links in their supply chains.”

In the report, CBRE identifies the main inland ports in the U.S. based on their connection to major seaports, their transportation infrastructure and their close proximity to major population centers. Those are: southern California’s Inland Empire; Phoenix; Dallas/Fort Worth; Kansas City; Houston; St. Louis; Chicago; Memphis, Tennessee; Columbus, Ohio; Atlanta; Greenville, South Carolina; and eastern and central Pennsylvania.

Inland ports are defined as having a Class I rail connection to a major seaport and also having access to significant transportation infrastructure, be it rail, highway, waterway or a combination of the three.

Collectively, the 12 inland ports expanded their base of industrial properties by 2.7 percent in this year’s first quarter, far outpacing the national average growth rate of 1.6 percent, according to CBRE research. The fastest growing of the 12 were the Inland Empire (4.3 percent), Greenville (4.2 percent), Atlanta and Dallas/Fort Worth (both at 3.6 percent).

Meanwhile, even with their rapid growth, many of those markets can’t keep up with demand. The inland ports with the least availability are Chicago (6.6 percent), Kansas City (7.4 percent) and the Inland Empire (7.6 percent).

“Inland-port markets recovered faster than their non-port counterparts since the Great Recession,” said Scott Marshall, CBRE’s executive managing director of industrial and logistics in the Americas. “These markets will hold their edge because they have sustainable advantages in their infrastructure, access to population centers and connections to major seaports to benefit them for the foreseeable future.”

Innovation starts with having a customer-centric vision. This means delivering quality products and services that captivate customers and grow market share. In bringing that vision to life, businesses often find themselves struggling with legacy systems t
November 1, 2021
Latest

Walmart works on the launch of a drone delivery program through multi-site operations.
DroneUp
November 22, 2021

Global and U.S. Logistics is a Mess Heading into the Holiday Season

A number of CEOs are facing logistics challenges that impact both the top and bottom line, all sharing a number of common themes and strategies.
Azul Partners
November 21, 2021

How Location Intelligence Can Help Retailers Enhance Their Supply Chains

Location intelligence is a valuable tool that can help retailers enhance their supply chains during this holiday season and beyond.
Gravy Analytics
November 20, 2021

Autonomous Solutions for the Modern Warehouse

The path to warehouse automation allows everyone to move at their own pace and find the right technology to support their existing employees and business growth.
inVia Robotics
November 19, 2021

Innovation starts with having a customer-centric vision. This means delivering quality products and services that captivate customers and grow market share. In bringing that vision to life, businesses often find themselves struggling with legacy systems t
November 1, 2021

C-Suite Leaders: Supply Chain Crisis Will Drag on for 3 Years

Nearly three-fifths (58%) of C-suite leaders believe the supply chain crisis will last more than a year — though one-third (33%) fear it could drag on for three years.
Accenture
November 18, 2021

From the Warehouse Floor, Things Can Only Go Up

The growing shift to sustainable solutions across the supply chain industry has become not only a wonderful trend, but a way to think outside the box when it comes to efficient eco-friendly processes.
Hannah Gooch
November 15, 2021

Nearly 53% of small business owners surveyed anticipate inventory shortages through the rest of 2021, while 48% of retailers say their stock will be anywhere from 20-50% lower than usual.
Digital.com
November 15, 2021

The Race to Automation and Visibility

Top companies are investing in adding innovative technologies to their systems to keep up with the uptick in e-commerce demand and perennial workforce shortages. Download part four of a 4-part series to read more!
November 15, 2021

How Warehouse Automation Solves Many of Today’s Supply Chain Challenges

While adopting advanced technology is often the solution, it can come with unexpected complexities.
Körber
November 15, 2021

Once an order comes to the distribution center system, the shuttle will retrieve goods from one or more aisles and deliver them directly to a goods-to-person station for order consolidation.
Honeywell International
November 12, 2021

Powered by the FANUC R-30iB Mate Plus Controller, the LR-10iA offers the same intelligence and reliability available on all FANUC robots.
FANUC America
November 12, 2021

Here are some innovative technologies and approaches that promise to deliver sustainability gains and reinvent and evolve packaging operations.
DHL Supply Chain
November 11, 2021

Warehouse automation is crucial in responding to this growing market economy and having robust software is pivotal.
Fizyr
November 9, 2021

Innovation starts with having a customer-centric vision. This means delivering quality products and services that captivate customers and grow market share. In bringing that vision to life, businesses often find themselves struggling with legacy systems t
November 1, 2021
Follow Us