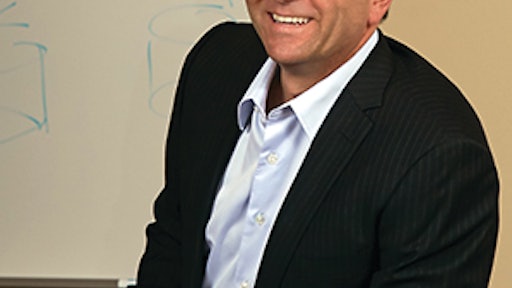 Globalization has created a fragmented, complex and vulnerable food supply chain. While globalization is an essential part of the international food trade, it has also exposed food suppliers and distributors to a higher risk of contamination, bioterrorism, counterfeit and poor quality. Not only do these risks pose a threat to public health and safety, but it also compromises environmental sustainability, erodes public trust, and cripples a company’s business and productivity.

With so much at stake, regulators have worked tirelessly to improve safety measures and compliance in the United States. Food manufacturers and distributors have also implemented new processes and technologies to help circumvent these risks in the supply chain. Food traceability technology is one approach to bridging this gap between safety and compliance, and is becoming a critical part of safeguarding the food supply chain.

Food safety is a global concern, yet the U.S. continues to lag far behind its peer countries with regard to its safety practices. Frost & Sullivan estimates that a total of 76 million food-related illness cases occurred in 2013, with the U.S. spending $40 billion dollars on treatment rather than prevention. Considering the wholesale food industry has an extensive value chain, the costs to treat and further prevent these food-related illnesses are astounding.

Traceability technology effectively reduces the number of contaminations in the food industry’s value chain by monitoring all the events in the supply chain, and catching where a contamination or quality control problem has occurred. Of course, not all traceability solutions are created equal. An effective track-and-trace technology must be robust enough to capture large amounts of data gathered from countless events. It must also be capable of processing all this data in real-time speed. If it breaks down, the interruption can be felt through the entire supply chain, from production to distribution, all the way down to delivery.

Food distributors and manufacturers know that the margin for human error is high in the supply chain, which is why companies cannot afford to neglect traceability technology. Take a look at the statistics around product recalls: In 2013, companies spent approximately $25 billion on recalls. Overall, there was a 52 percent increase in food recalls between the third and fourth quarters in 2013, according to one index report.

As a result, there has been an increase in focus on regulations surrounding the food supply chain. Most recently, the Food Safety Modernization Act (FSMA), which passed in 2011. This renewed focus starts with heightened regulation at farming levels and culminates with increased safety standards for consumers. The law stems from a heightened risk in the food supply chain. The U.S. imports over 15 percent of the products in its food supply. The increasingly heterogonous food marketplace presents new hazards previously unknown. Given the risks associated with this potentially hazardous industry, FSMA gives the Food and Drug Administration (FDA) more power to enforce compliance through inspections and the ability to stop food manufacturers from operating unsafe production lines.

FSMA has a three-pronged approach to food safety as outlined by its three pillars of success:

While applauding the efforts made by Capitol Hill and the FDA to improve regulatory standards, there is still more to be done. It’s imperative that private sectors reduce the cost of product recalls and focus on improving food safety globally. The administration of track-and-trace technologies throughout the food supply chain increases communication and safety throughout a product’s pipeline, and advances food safety around the world.

Traceability software is a key component to reducing food recalls and the costs associated with them. Take, for example, a recent E. coli outbreak in Germany, cited by BCC Research Food Traceability Technologies Market. The outbreak cost European Union farmers $611,000,000 per week, claiming 47 lives and affecting nearly 3,800 people worldwide who ingested the contaminated produce. German authorities falsely accused Spanish farms for the outbreak, which resulted in a loss of nearly $200 million per week for Spanish exporters. Due to the lack of traceability software, the highly publicized outbreak experienced delays in finding the source of the contamination and preventing additional loss of life.

Track-and-trace technology plays a critical role in the event of product recalls. As an enterprise resource planning (ERP) add-on, it has a unique advantage since ERP systems function as a single point of data across the enterprise. When connected to a company’s ERP, traceability software is ideally positioned for recording and maintaining data related to track and trace. Therefore, the technology is often a one-stop solution to facilitate backward and forward traceability within an enterprise.

In the case of food manufacturers who produce finished products, process software solutions that can detail lot tracking information (backward and forward) are able to point to the exact lots that contained the contaminated ingredients, including data on when the product was received, supplier details and the lot numbers of the finished goods produced with the contaminated ingredient. With the help of forward traceability features, manufacturers can also pinpoint the customers who received the contaminated lot of finished goods.

In the event of a product recall, traceability software repositories can pull up the relevant lot numbers, and information about the corresponding customers or recipients of the finished goods. Only the contaminated lots have to be recalled, which translates into significant cost savings for manufacturers who would have otherwise had to issue a blanket recall on all lots produced during a given time period.

The effect of globalization is both a blessing and a curse for businesses. The food ecosystem, in particular, is dependent on imports and exports, global safety standards, and compliance to maintain food safety throughout the supply chain. Track-and-trace technology is a significant part of this supply chain, helping farmers, distributors, grocers and everyone in between provide the highest quality foods to customers around the world. Time after time, we’ve seen the negative impact food recalls have on businesses, health and consumer lives. It is time then for the food industry to implement traceability technology to prevent the spread of contaminated products and safeguard customers worldwide.