In the Zone: Determining the Benefits of Foreign-Trade Zones

Foreign-trade zones can give companies the competitive advantage they need to keep their manufacturing or distribution operations in the U.S.

Enhanced regulations and streamlined processes have given U.S. Foreign-Trade Zones (FTZ) a boost, allowing it to continue job creation and retention, as well as capital investment in the United States. FTZs, or special geographic areas in the vicinity of a U.S. port where commercial merchandise can be handled without being subjected to customs duties and other ad valorem taxes, also give companies the competitive advantage they need to keep their manufacturing or distribution operations in the U.S.

FTZs currently handle more than $640 billion in merchandise, and the facilities utilize approximately 340,000 employees and export $54.3 billion in goods. FTZs, first established in 1934, can offer a secure, efficient and profitable platform to compete effectively in domestic and global markets.

While both large and small companies use FTZs, 70 percent of users are small businesses. These companies include importers, manufacturers, distributors, assemblers of products, and exporters of imported merchandise and/or products containing imported merchandise. FTZs are open to U.S.-based companies and affiliates, whether the parent company is located domestically or abroad.

Other advantages of FTZs include:

The United States is currently home to 250 general-purpose zones and more than 500 subzones approved for a FTZ. One of them is Miami, Fla., which obtained FTZ status in 2012. This zone—following a new model for FTZs—allows private warehouses to operate customs-approved satellite zones. This model allows Miami-Dade County to be one large FTZ spanning the entire county. The port expects this satellite model to lessen Port Miami congestion by allowing slower-moving warehoused cargo to be removed from the high-traffic port.

Ohio is also reaping the benefits of its foreign-trade zone at Rickenbacker International Airport, where imports were at an all-time high in 2012. The volume of goods admitted to the zone tallied more than $2.75 billion last year, 20 percent higher than the previous record set in 2010. Meanwhile, in Texas and Arizona, FTZs have lowered state taxes.

The benefits of foreign-trade zones are ample, but many companies still ponder whether tapping into an existing zone or establishing one for their company would work better: “Is an FTZ right for me?”

Below are some questions to consider when contemplating an FTZ:

Companies that are interested in applying for production authority in a zone should perform a cost-benefit analysis to make sure that the FTZ benefits outweigh the costs of operating in the zone.

Whether you run a small imports business or large auto manufacturing plant in the United States, it’s important to determine if a foreign-trade zone can give you the competitive edge you need to maintain and expand your operations. 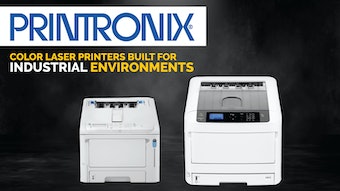 The evolving business climate in 2022 resulting from the continued pandemic, as well as spinoff issues such as supply chain, labor and inflationary challenges is forcing many businesses and manufacturing executives to implement automation and robotics.
Grid Raster Inc.
August 3, 2022
Follow Us