A Helping "Hand" for Doing More with Less in the Warehouse

Three options for going "hands-free" in the DC 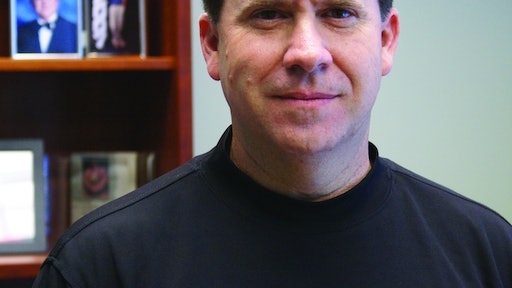 Today's ultra competitive business environment, coupled with the current state of our economy, has challenged most companies to do more with less. This is certainly true for distributors managing warehouse and distribution center operations that already operate with razor thin margins.

For distributors, "operating with less" translates into less warehouse space, less inventory, fewer resources and a smaller budget to invest in technology. A tall order, especially when it is technology in the warehouse that often drives efficiencies and enables reductions in required warehouse space, inventory levels and resources. With this as the baseline, it is critical that the budget allocated for technology investments be targeted and spent wisely.

In order to operate warehouse and distribution center operations more efficiently, distributors will leverage their existing investment in warehouse management systems to optimize space and resources. Options that provide improvements in warehouse accuracy and productivity will be targets of technology investments. One option that should be considered is upgrades in radio frequency equipment that will provide for hands-free activity on the warehouse floor. Let's take a closer look at three of today's hands-free options and some of the benefits they each offer.

Wearable mobile computers are a hands-free option that has been around for a number of years. This option may also be the easiest way to enable hands-free operations in the warehouse. Wearable computers are just as the name implies: devices that are attached to the body. These devices are typically attached to the forearm, a shoulder strap or hip-flip style holster. Since the wearable computer is attached to the body, there is no requirement for the worker to pick up, remove or re-holster the device during or after use, therefore making it hands-free. Configurations typically include a screen, keyboard, battery and scanner. Forearm mounted devices are often configured with a tethered ring scanner that is attached to the finger.

While the obvious benefit of wearable computers is that they free up a worker's hands for more productive use, there are some less obvious benefits as well. In most cases this equipment will operate with the existing warehouse management system without requiring any software changes or retraining of users. There is often less damage to the devices from being dropped and there is less time lost locating misplaced equipment. For many reasons, the use of wearable mobile computers can yield both an increase in productivity and accuracy.

When evaluating a wearable computer there are a number of factors to be considered to ensure you select the right wearable for your environment. These include: scan distance requirements; ergonomics such as screen and keypad size, keypad layout and weight as it relates to fatigue and comfort; and environmental factors such as temperature and other elements.

Voice-enabled wearable mobile computers offer another hands-free option. Where the wearable computer option without voice improves hands-free operation, a voice-only wearable implementation can yield a 100 percent hands-free solution. A voice-only setup typically involves a wearable computer that is attached to the user's belt. This computer is equipped with a headset but no screen, keypad or scanner. While voice-enabled solutions are often integrated and implemented as part of a warehouse management system, the lines often get blurred and some companies have chosen to implement a voice solution independent of a full-blown warehouse management system.

As with the wearable computer implementation, the first recognizable benefit of a voice-only implementation is that it frees up a worker's hands. However, in this case, the workers hands become 100 percent free. Damage that occurs to a device from being dropped is practically eliminated, as is the time spent locating misplaced equipment. Eyes and hands are totally free to focus on voice-directed work activities, creating a more focused worker and the opportunity for that worker to be more accurate and productive.

Where the wearable computer will typically operate with an existing warehouse management system without requiring any software changes or retraining of users, that is not the case with a voice implementation. New software or the implementation of new software components along with new technology will be involved when deploying a voice solution. There will also be configuration of the voice software to ensure it operates properly in the target environment, and decisions will need to be made about a number of other factors that relate to the interaction between the user and the software. A voice implementation will be a project of its own. Once implemented, training time to get a new user acclimated and productive is relatively short.

While ergonomics and environment are important factors in selecting a voice solution, as they are with a wearable computer, some additional factors also come into play. These include: clarity and configuration options of the voice user interface in the software; processor speed of the voice-enabled computer; noise canceling/reduction capabilities; speech recognition approach; and wired versus wireless headsets.

As you would expect, the benefits for MMMCs lay on top of those from the other two hands-free options. Additional benefits are recognized from this option in environments where voice-directed activity and response can add value but additional information either needs to be presented to the worker or collected in order to properly complete certain operations. As is the case with the benefits for MMMCs, the selection and evaluation criteria are a blend of the wearable and voice factors. It is safe to say that MMMCs present the best of both worlds when evaluating hands-free options, although they are not required in all cases.

A Bluetooth ring scanner is one option worth mentioning as part of an MMMC implementation. This scanner option offers a hands-free middle ground between traditional mobile devices with either integrated or tethered scanners and a voice-only solution. The Bluetooth ring scanner, which can be paired with most Bluetooth-enabled devices, is strapped to the back of the hand and attached to the finger for scanning. The user hardly recognizes the presence of the scanner as it is light, compact and causes no interference or fatigue. For Bluetooth-enabled devices that are mounted to a lift truck, cart or other equipment, the user can get visual direction from the mounted device and scan barcodes with the ring scanner. As with the wearable mobile computer option, the user never has to pick up, remove or re-holster the device. Additionally, a Bluetooth ring scanner can be implemented along with, or instead of, a voice solution to enable hands-free operation in the warehouse.

Distributors who are able to improve operational efficiency in their warehouse and distribution center operations, by doing more with less today, not only will become a more cost-effective operation but also will be able to efficiently and effectively scale their capabilities upward as the business grows. Technology will certainly play a huge role in the scalability of business operations. Efficiencies gained by freeing a worker's hands in the warehouse to do more productive activity can be an effective use of the limited technology dollars available in many distributors' budgets today. For some, the accuracy and productivity gains from leveraging hands-free mobile solutions will yield the savings needed to allow the distributor to operate within budget and continue to meet the service goals and objectives established for their operations.

Rick Register is president and chief operating officer of Cambar Solutions. He has been with the company for over 25 years and has extensive expertise in the distribution industry. He has worked with many of the world's leading distribution companies creating solutions to core business challenges.

Ossia launches a new IoT system to keep track of trailers at large distribution centers. The goal is to increase safety and drive down costs.
Ossia
June 9, 2021

Research shows that the potential revenue generated from offering a lifetime service contract to an automation project is roughly equivalent to the original cost of the project.
Interact Analysis
June 8, 2021

Peak Technologies returned to the original company name in place since its founding in 1981 until Peak acquired Ryzex in 2011 and combined the names to symbolize the union of two industry leaders.
Peak Technologies, Inc.
June 7, 2021

J.B. Hunt and University of Arkansas launch a scholarship fund to grow inclusion in the supply chain.
J.B. Hunt
June 3, 2021

Will Eadie, CRO at WorkJam, explains how technology affects safety in the supply chain now that technology has taken over.
Brielle Jaekel
June 1, 2021

Averitt Express has opened a new distribution and fulfillment center near Dallas, less than one mile from its service center in Grand Prairie.
Averitt Express
May 28, 2021

In the latest podcast episode, Brielle Jaekel sits down with ISN EVP to talk about a recent report on workplace injuries that are rampant in the warehousing and logistics industries.
ISN
May 25, 2021

A PaaS model makes it easier to acquire new equipment faster and with less capital expenditures.
Rufus Labs
May 22, 2021

Triax Technology expands its wearable technology to push safety and operational efficiency throughout warehousing and other industrial sites.
Triax Technologies
May 21, 2021

Optimizing Your Facility for E-Commerce

During this increase in online shopping, it’s vital to consider all the ways you can continue to improve, optimize and automate.
The Raymond Corporation
May 13, 2021
Follow Us