Customers who ship with Norfolk Southern helped avoid almost 15 million metric tons of carbon emissions in 2019 by choosing rail for their transportation needs instead of highway shipping. 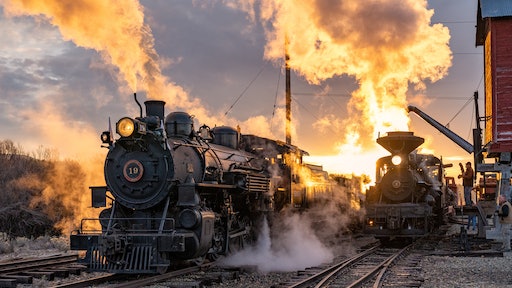 Customers who ship with Norfolk Southern helped avoid almost 15 million metric tons of carbon emissions in 2019 by choosing rail for their transportation needs instead of highway shipping, according to Norfolk Southern’s recently released Corporate Responsibility report. That equates to saving approximately 1.5 billion gallons of diesel fuel.

“It’s a substantial reduction,” said Josh Raglin, Norfolk Southern’s chief sustainability officer, who has spent nearly 25 years in the fields of conservation, forestry, and environmental stewardship. “As companies continue to set climate goals around lowering their emissions, rail can be part of that solution.” Raglin is leading the charge to integrate sustainability into every aspect of the company’s business. Trained as a wildlife biologist, Raglin joined NS in 1996 as a ranger at the company’s Brosnan Forest conservation and conference center in Dorchester, South Carolina.

Among initiatives detailed in the report, Norfolk Southern:

Norfolk Southern also has posted its 2020 filing with CDP, formerly Carbon Disclosure Project, a voluntary disclosure of the company’s carbon emissions and steps the railroad is taking to reduce its carbon footprint and identify climate-related risks.