SmartDrive Systems announced Swift Transportation has chosen to install the SmartDrive video-based safety program across its entire fleet of vehicles in the United States and Mexico. 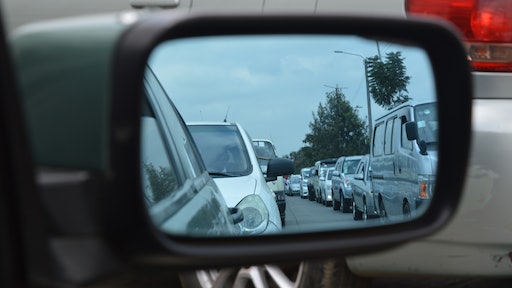 SmartDrive Systems announced Swift Transportation has chosen to install the SmartDrive video-based safety program across its entire fleet of vehicles in the United States and Mexico. Swift joins Knight Transportation, and hundreds of leading fleets, that have benefited from the SmartDrive program for many years.

Knight and Swift merged in September 2017. Knight-Swift Transportation Holdings is now the industry's largest full truckload company, operating an extensive fleet of roughly 19,300 tractors and 68,000 trailers/containers, and employing 25,000 people. Headquartered in Phoenix, Ariz., the company provides a full complement of truckload and logistics services throughout the U.S., Mexico and Canada.

Swift's decision to install the SmartDrive system within its fleets supports its commitment to safety, according to CEO Dave Jackson. "SmartDrive allows our drivers and fleets to clearly see and measure safety performance, which allows the company to foster meaningful ownership of safety performance. SmartDrive excels in aligning drivers, operations and management around insightful and actionable metrics, allowing us to reinforce our safety culture of accountability throughout our entire organization."

"Knight Transportation has experienced meaningful reductions in collision rates since installing SmartDrive in its fleet. That experience was instructive in the decision, ultimately, to roll out the SmartDrive program within our Swift fleets," commented Brett Sant, senior vice president, safety and risk management, Knight-Swift Transportation. "We are grateful for the work SmartDrive has done and the positive impact the SmartDrive team has had on our fleet's safety."