Autonomous vehicles paired with drones show the most promise, with Lux Research expecting them to deliver more than 20 billion parcels a year by 2030. 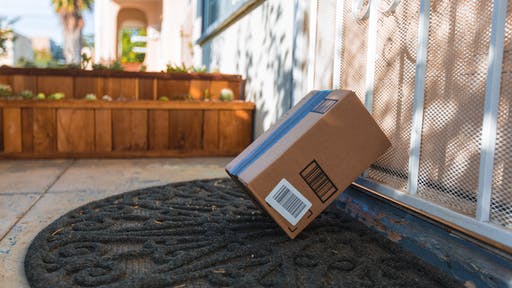 “Most of this e-commerce growth is expected to come from Asia because China and India still have a relatively low amount of parcel deliveries per capita,” says Lux Research senior analyst Chris Robinson. Automated last-mile delivery technologies fall into four key categories—drones, legged robots, wheeled robots and autonomous vehicles. Of these, autonomous vehicles paired with drones show the most promise, with Lux Research expecting them to deliver more than 20 billion parcels a year by 2030. Drones are currently limited to a small delivery radius, but this range can be extended by deploying them from a moving autonomous vehicle. Drone deliveries will be limited to uncongested rural areas, which have the lowest regulatory barriers to aviation. Wheeled robots are easier to develop than autonomous vehicles but are only feasible on college campuses where the incumbent delivery method is walking or bicycling. These deliveries are expected to account for only 1.5 billion deliveries annually by 2030. “Robot-as-a-service business models are emerging in startups developing last-mile automated delivery technologies,” says Lux Research analyst Josh Kern. “Large companies that can invest in and develop their own technologies are not expected to use these services, but logistics companies and retailers with no experience in robotics likely will.”  E-commerce companies globally have announced multibillion-dollar supply chain investments aimed at promising faster deliveries. Fulfillment center workflow optimizations, including automated picking and packing solutions, are crucial for shortening delivery times.

“Today this is mostly manual, but advancements in robotic grippers, machine vision, and collaborative robotics are all improving the ability to automate these tasks,” says Robinson.

Full automation is likely more than a decade away due to increased complexity and handling of items.

When is the last time you wanted a toothpaste within 15 minutes? The entire quick commerce trend has something larger at play.
LogiNext
December 21, 2021
Follow Us