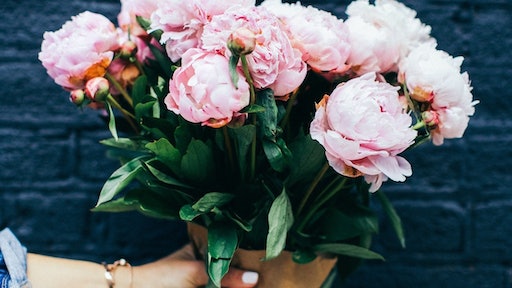 Photo by Rosie Ann from Pexels

From Jan. 29 through Feb. 13, demand for Valentine’s Day flowers marks one of the busiest seasons for American Airlines Cargo, and team members around the world rose to the occasion this year.

From the farm to the famous Aalsmeer flower auction, exporters buy the blooms to send off around the world. From there, American either flies them directly to Philadelphia International Airport (PHL) or trucks them to London Heathrow Airport (LHR) to be flown to destinations such as New York, Chicago, Philadelphia, Dallas/Fort Worth, New York, Los Angeles, and Miami.

While Amsterdam and London are both top exporters for the Valentine’s rush, Miami also plays a large role in flower traffic during this time of year.

In 2019, American shipped 235,000 lbs. pounds of flowers – notably roses and gypsophilia (baby's breath) from its Miami hub during the two weeks leading up to Valentine’s Day. Many of these shipments originated in South America – primarily Quito, Ecuador, and Bogota, Colombia – destined for the U.S. and other international locations.

American’s role in moving flowers truly helps play a role in giving the people of the world some’bud’y to love.

How to Buy Eco-Friendly Flowers for Valentine’s Day

How Fleets Can Fill Seats to Tackle Truck Driver Shortage

Global new export orders, a leading indicator of cargo demand, have stayed at the same level since October. For major economies, new export orders are shrinking except in Germany, the United States, and Japan, where they grew.
International Air Transport Association (IATA)
February 6, 2023