Turkey breaks ground on the first bridge of its new Canal Istanbul, which the country believes will propel it to become an important part of global trade. 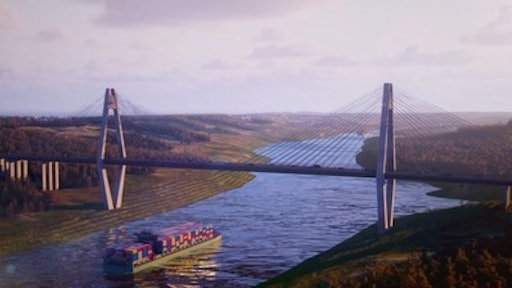 While the world experiences numerous port and canal issues, like the Suez Canal blockage and the Port Yantian congestion, Turkey looks to become a global logistics power with a new canal in Istanbul. Turkey's minister of transport says that Canal Istanbul will employee more than 500,000 people and contribute $28 billion to the economy. Ground broke during a special ceremony on June 26 for the first bridge of the canal.