For the third year in a row, the driver shortage is the top-ranked challenge for fleets as they struggle to recruit and retain qualified drivers. 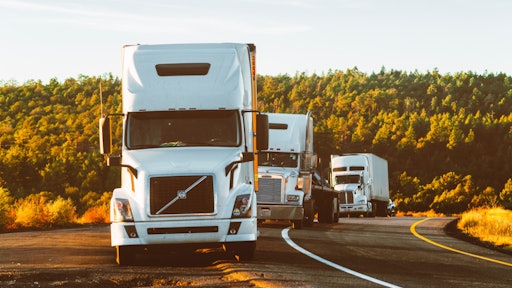 For the third year in a row, the driver shortage is the top-ranked challenge for fleets as they struggle to recruit and retain qualified drivers.

Meanwhile, the Hours-of-Service rules ranked #2 for the second consecutive year as the Federal Motor Carrier Safety Administration (FMCSA) unveiled its proposed changes to the hours of service (HOS) rule. Currently, regulations allow long-haul drivers up to 11 hours of time behind the wheel each day and they must stop driving after 14 hours. Also, a driver who will be on the road for more than eight hours must take a 30-minute off-duty break. In addition, drivers must have had 10 consecutive off-duty hours before going back on the road again. The proposed rule changes allows for more flexibility for the driver.

Two new issues appeared on this year's list for the first time ever as well: driver compensation and detention/ delay at customer facilities.

Driver compensation ranked third overall and represents two sides to a complex issue; motor carriers who have raised driver pay significantly in response to the driver shortage and drivers who are concerned that their pay has not kept pace with inflation. Driver detention at customer facilities made its debut at number four on the list, reflecting on concern over excessive delays that create cascading impacts for drivers' HOS compliance, compensation and ability to find safe, available truck parking.

Meanwhile, the lack of available truck parking rounds out the top five issues on this year's list, but ranks in the top three among commercial driver respondents after compensation and HOS rules.

“While 2018 was an incredible year for trucking, we’ve seen some challenges in 2019 and certainly finding and retaining qualified drivers remains at the top of the list for our industry, says Barry Pottle, ATA Chairman and president and CEO of Pottle’s Transportation. “ATRI’s analysis reveals the interconnectedness of these top issues and provides a roadmap for how motor carriers and professional drivers believe we should move forward as an industry.”