EDI Versus API: Bringing the Logistics Industry Back to the 21st Century

It’s time to push the industry forward to the year 2000, and bring APIs to life. 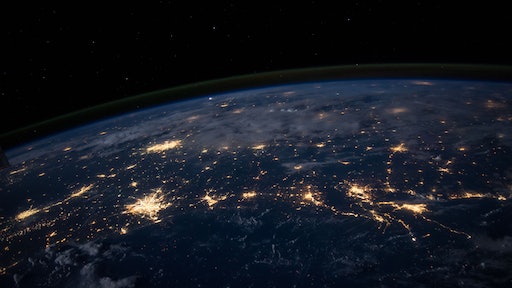 Electronic data interchange (EDI) has been around since the 1970s. It represents a series of protocols whereby information can be securely shared between platforms and systems. To be clear, EDI has played a critical role in communications across a number of industries. For instance, HIPAA, the act that underpins the private sharing of healthcare information between doctors and patients, is based on EDI.

Today, much of the logistics industry runs of EDI, which makes sense; the United States military was among the early adopters to incorporate EDI into shipping as a way to control its supply chain. The internet, GPS and duct tape are among everyday items that have followed a similar pattern. However, for shippers, it may be time to move beyond a technology developed when David Bowie peaked, and get into a boy-band frame of mind. It’s time to push the industry forward to the year 2000, and bring APIs to life.

An Application Programming Interface (API) is a more modern interface that enables disparate software solutions to connect and share information. Web-based APIs started to become mainstream when Salesforce started to gain traction, creating an early ‘platform-as-a-service, While “application programming interface” is clunky to say, APIs create a mechanism where one software can query another with specific information requests.

For instance, a user in a company that uses Gmail as its email solution can use an API to connect to a database stored in Salesforce, meaning everyone in the organization has access to all of a company’s contacts (this eliminates the days of asking your colleague for a person’s contact info). In this situation, Salesforce essentially tells Gmail “if you ask for data in XX manner, I’ll provide YY data in this format.” If that feels a little like 7th-grade logic, well, that’s the point. APIs are supposed to make it easy to connect systems.

Easily finding contact information is just one of many use cases for APIs. Here are three other examples that can have a dramatic impact on the supply chain.

There is one more use case that should be discussed. After all, many shippers, fleets and logistics providers have invested heavily in an EDI solution and it may be unreasonable to ask them to retire their investment. APIs can expand the shelf life and value of an EDI solution. Bristlecone, a logistics technology supplier, has built APIs that integrate with 2,600 EDI solutions. On one hand, this allows EDI technologies to become more flexible and gives them the ability to communicate across platforms. Essentially, one EDI solution can talk to another, or an EDI can provide data to a TMS. On the other hand, it speaks to the sheer volume of the challenge with EDI. There are at least 2,600 different flavors of EDI in logistics.

EDI can still serve a useful purpose for shippers, in that many of these systems have already been installed and paid for. However, due to the fragmented nature of the EDI ecosystem, it’s nearly impossible for EDI alone to provide the backbone of a modern, efficient supply chain. By augmenting (or replacing) EDI systems with APIs, it is possible for shippers to gain visibility into their deliveries, carriers to gain efficiencies in their routes and the entire logistics industry to be more environmentally friendly.

Chris Lankford is the VP of Engineering for NEXT Trucking.

This collaboration will accelerate the commercialization of autonomous delivery fleets while contributing to a safer and more sustainable logistics community in the future.
Gatik
April 6, 2021

How Retailers Can Better Manage the Delivery Expectations of Consumers

To alleviate some of the pressure on delivery, here are some things retailers can consider to ensure they’re doing everything in their power to get orders to customers quickly and efficiently.
CommerceHub
April 3, 2021

Suez Canal Disruption Will Cost $45B in Coming Quarter

ClearPrism reports the canal blockage will affect approximately 25% of the U.S. gross domestic product (GDP) value, and the ripple effect will result in impacts on another 15%.
ClearPrism
April 3, 2021

Autonomous Trucking Gets Leg Up with New Platform