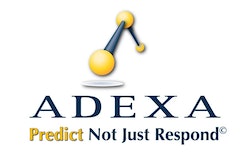 In a joint statement, the two companies attributed the decision to the slowing economy, market conditions and delays in obtaining Securities and Exchange Commission approval of the deal.

Instead of a merger, the companies said that they have agreed to a non-exclusive strategic relationship under which they will cross-sell each other's solutions. Under the new agreement, FreeMarkets will acquire an equity stake of approximately 3 percent in Adexa for $6.0 million.

The companies announced the merger in February, when FreeMarkets characterized the deal as an acquisition of Adexa. FreeMarkets billed the acquisition as a move to extend its offering into supply chain collaboration and optimization.

Analysts subsequently pointed to the deal as a sign of consolidation among the B2B software and solution providers and potentially a good way for FreeMarkets to break out of its niche of strategic sourcing into a broader role as a "full-solution provider."

In their statement today, the two companies' chiefs  Glen Meakem, chairman and CEO of FreeMarkets, and K. Cyrus Hadavi, president and CEO of Adexa  both cited market conditions as the reason for the cancelled deal.

The SEC's delay in approving the deal was also a factor, according to Robert Ferrari, an analyst with consultancy AMR Research who spoke with the leadership of both companies today. "Both companies had set a timeline that they wanted to complete this by June 29, and there were strong indicators that that wasn't going to happen," Ferrari said. That motivated both boards of directors to question whether they really wanted to go through with the deal, and apparently they both concluded that they didn't want to proceed.

In a conference call Wednesday to discuss the latest move, Meakem acknowledged that while FreeMarket's has seen its revenues continue to grow and its losses narrow, the market for online auction services, often referred to as e-sourcing, had not been as robust in 2001 as FreeMarkets had hoped last year, despite growing corporate use of online auction events.

Meakem also noted that the market has recently placed a premium on profitability at startup software firms such as FreeMarkets, which is still not profitable, and that the acquisition and its associated costs did not jibe with FreeMarkets' renewed drive to break even in the first quarter of next year. Rather than trying to diversify its offering, the company will focus on adding functionality to its existing offering and building the capability to integrate exchange information with other enterprise systems, Meakem said.

"We do see that information is going to have to be shared across the design space, the sourcing space and the supply chain management space," Meakem said. But he added, "We've come to see that the combined offerings between supply chain and sourcing are a little bit further out than we thought they would be. We see them as two years out, three years out." Meanwhile, Meaken explained that FreeMarkets' customers want solutions that can generate value in the short term.

Ferrari said that, despite today's announcement, B2B software, such as strategic sourcing and supply chain management solutions, likely will continue to move toward consolidation. But the cancellation of the deal with Adexa will allow FreeMarkets to work with other supply chain management software providers, such as an i2 or a Manugistics. "They're just opening up their options," Ferrari said.

The FreeMarkets/Adexa merger is not the first B2B union to go sour before the wedding bells could peal. Earlier this year, e-procurement platform provider Ariba canceled its acquisition of another c-commerce solution provider, Agile. AMR's Ferrari noted that Ariba, like FreeMarkets, had also renewed its focus on delivering near-term return on investment for its customers, even as it canceled a deal to expand its offering.

Adexa is headquartered in Los Angeles, while FreeMarkets is based in Pittsburgh.