The advantages of using automation to improve profits 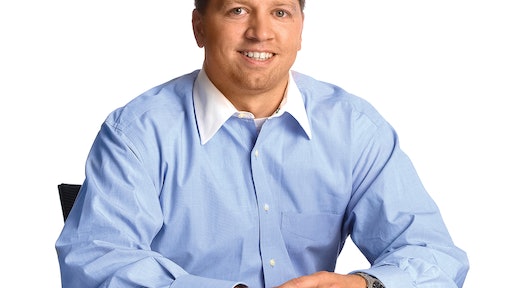 Using free trade agreements (FTAs)—minimizing duties—is one of the fastest and easiest ways to squeeze significant savings out of a company’s global supply chain. Money saved goes directly to a company’s bottom line. Taking advantage of an FTA has numerous advantages, including:

Yet many companies forego these benefits because of the perceived effort to administer them. Companies face several challenges to using an FTA:

These concerns are not unfounded. Many companies have few internal staff available to manage these agreements. In a survey of more than 360 respondents, Amber Road found that 48 percent had a compliance team comprised of two to five individuals and a further 20 percent had very small or non-existent compliance teams. At the same time, 42 percent of respondents operated in more than 20 countries worldwide.

Using automation, however, can help with these issues. Trade agreement automation includes functions such as product classification; campaign management to solicit suppliers by trade agreement; a supplier solicitation portal; managing rule of origin content for each trade agreement and integrating bills of materials with a qualification engine.

Some of the benefits of automating the FTA process include reducing manually intensive processes; ensuring adherence to compliance regulations; automating and centralizing the process for obtaining origin information; developing repeatable structures and processes, allowing qualification of goods for multiple trade agreements; streamlining the FTA process; and managing numerous certificates along with their revisions and renewals.

Other key parts of a solid FTA program include:

Haworth, a family owned, privately held company headquartered in Holland, Mich., is one company that is seeing significant cost savings by using automation to take advantage of NAFTA.

A $1.4 billion office furniture, adaptable workspaces and architectural interiors provider, Haworth has markets in more than 120 countries with over 600 dealers worldwide. About 85 percent of its exports, representing approximately $200 million in annual revenues, are within the NAFTA region.

To qualify its goods for NAFTA, Haworth needed to solicit more than 1,000 suppliers worldwide for NAFTA certification data for more than 43,000 purchased parts. The process, outsourced to a third-party service provider, required NAFTA analysis to be managed separately, with results manually uploaded into the export documentation system. Paper NAFTA certificates then were created and distributed daily via courier to brokers and customers.

With manual and paper processes, Haworth was only able to qualify about 50 percent of its 16,000-plus export products. Nearly 1,000 new parts each month needed to be analyzed for NAFTA qualification, which quickly overwhelmed the process.

Technology allows Haworth to pull data from order management, warehouse management and ERP systems into a global trade database. A supplier web portal automates the solicitation and management of qualification data from suppliers.

The time it takes Haworth to determine NAFTA eligibility for a part has decreased dramatically, from at least 10 minutes for a single part to over 16,000 export parts in less than eight minutes. Supplier response rates more than doubled, enabling more than 96 percent of Haworth’s North American exports to qualify for NAFTA and receive preferential duty treatment.

Yet, due to headcount constraints or the cost of outsourcing, many organizations only focus on one or two agreements—if they use any.

A big benefit of creating an automated, repeatable FTA process is that it can be used as a base for rapidly supporting other trade agreements. And with more than 300 FTAs enacted worldwide, often the only primary difference between FTAs is the rule of origin content. Bill of material information and supporting business data can be fully reused, and that data can be easily accessed and used if available in a database. Repurposing data for other FTAs allows companies to extend the qualification process across a number of FTAs with a declining margin cost per agreement. Moreover, by using automation companies can improve their FTA coverage for eligible products between 20 and 50 percent and reduce duties to between two to three percent, with additional duty savings achieved by improving FTA coverage.

Over the past few decades, lean practices increasingly have gained a foothold in American manufacturing. As lean thinking builds momentum within a facility, managers and employees tend to recognize the potential.
Miller Fabrication Solutions
July 25, 2022
Follow Us