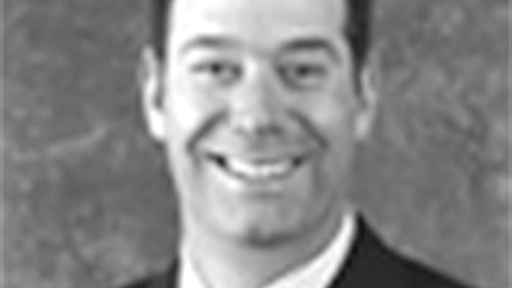 For chief financial officers (CFOs) and other executives aggressively expanding their business, limiting the costs of non-core functions can be essential to their success. While necessary, functions like accounts payable (AP) can take away budget and labor from a company’s primary purpose—whether that’s opening more franchises or expanding into new markets.

To meet these demands, many business solutions providers offer AP automation as the definitive answer. AP automation streamlines the costly work of dealing with a mountain of payables transactions by e-invoicing, scanning, online tracking and approvals, and other paperless processes. For companies struggling to stay on top of their volume of transactions, this can be a boon for their business efficiency.

But behind the trend towards automation, there are many hidden risks that mid-sized enterprises need to know about. For one, companies entrusting their AP to entirely automated solutions could wind up spending even more correcting the problems that automation causes. But more importantly, what these companies don’t realize is that some AP tasks are much more difficult to automate than others, despite what some people would have you believe.

The Extra Costs of AP Automation

For executives of the Fortune 1000, AP automation is indeed a helpful solution, largely due to the sheer volume of invoices that these companies deal with. But for mid-sized businesses, the unforeseen costs incurred from these so-called solutions and the fact that, against popular opinion, most of the work in AP actually cannot be automated typically result in negative returns on an AP automation project.

In our own research, we found that more than 75 percent of the companies we deal with were hit by small, incremental overhead costs that piled up due to unforeseen additional effort caused directly and indirectly by AP automation. More importantly, costs incurred from general ledger coding, troubleshooting, vendor maintenance and customer service occupied 60 to 70 percent of companies’ time and AP budgets—something that no amount of AP automation could improve. While AP automation promises smooth, streamlined solutions, the results could be anything but for companies that implemented it.

Take this example: One company that we surveyed implemented an AP automation solution, paying $100,000 for implementation costs alone over three years. It also incurred additional annual costs, including a software license fee and document scanning costs. A significant charge, but not entirely unexpected. On top of this, however, were significant additional costs, including the cost of double-checking for the errors that crop up on 1 to 2 percent of the invoices when using optical character recognition (OCR), bringing the total cost up to $203,533 over three years.

While this seems insignificant, these little costs add up—especially if one error on an invoice results in undue charges that pose an even greater cost to your business. The company in this example wound up with an actual cost increase in their AP process (a negative net savings) of more than $115,000 annually, far exceeding automation’s benefits to the company in the first place.

Technology can be transformative in helping businesses solve problems and grow at a faster rate, but it’s not an end-all solution by any means. This is especially true for AP automation. So how can mid-sized businesses take advantage of the benefits of automation, without those incremental costs adding up?

It’s imperative for CFOs to keep tight controls on their business operations. The key is to minimize errors. When companies focus on eliminating errors, what they’re really concerned about is cost cutting. And while this can involve simple changes, companies only truly eliminate the dangers of AP automation when they undergo a complete overhaul of their back office processes. Mid-sized businesses can also leverage existing, time-tested systems by plugging in to existing processes without incurring the expense of setting up these processes and technology themselves.

When it comes to what’s best, every company is different. But all companies suffer if they aim at the wrong target and let those tiny costs, like drops in a bucket, add up to make AP automation more expensive than it’s worth.