The new World Robotics 2020 Industrial Robots report presented by the International Federation of Robotics (IFR) shows a record of about 293,000 industrial robots operating in factories of the United States – an increase of 7%.

The International Federation of Robotics 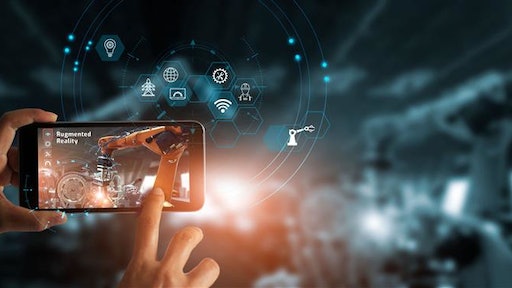 The new World Robotics 2020 Industrial Robots report presented by the International Federation of Robotics (IFR) shows a record of about 293,000 industrial robots operating in factories of the United States – an increase of 7%. Sales of new robots remain on a high level with 33,300 units shipped in 2019. This is 17% less compared to 2018, but still the second highest sales volume ever recorded.

“The United States are by far the biggest robot market in the Americas,” says Milton Guerry, President of the International Federation of Robotics. “The annual number of robots sold is highly influenced by the automotive industry, which is the most important customer. In 2019, the US car market was again the second largest car market in the world, following China, with the second largest production volume of cars and light vehicles.”

The North American countries United States, Canada, and Mexico represent the second largest operational stock of industrial robots in the world after China. Following the US with 293,000 units in 2019, Mexico´s operational stock comes second with about 40,000 units, which is a plus of 11% and Canada – ranking third - with about 29,000 units – plus 2%. Most of the robots in the USA are imported from Japan, Korea, and Europe. Although there are not many North American robot manufacturers, there are numerous important robot system integrators.

Globally, COVID-19 has a strong impact on 2020 - but also offers a chance for modernization and digitalization of production on the way to recovery. In the long run, the benefits of increasing robot installations remain the same: Rapid production and delivery of customized products at competitive prices are the main incentives. Automation enables manufacturers to keep production in developed economies - or reshore it - without sacrificing cost efficiency. The range of industrial robots continues to expand – from traditional caged robots capable of handling all payloads quickly and precisely to new collaborative robots that work safely alongside humans, fully integrated into workbenches.