Zebra will use its best-in-class RFID technology to track player and ball information for each of the Bears’ practice sessions and games for the upcoming season, allowing the team to better strategize and evaluate on-field performance. 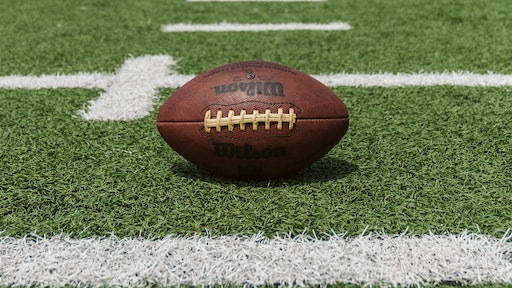 As the kickoff to the 2020 NFL season nears, Zebra Technologies Corporation announced it is capturing essential data for the Chicago Bears to help provide the team with a competitive advantage. Zebra will use its best-in-class RFID technology to track player and ball information for each of the Bears’ practice sessions and games for the upcoming season, allowing the team to better strategize and evaluate on-field performance.

“When developing our players and ensuring they reach their optimal performance, it is important we have the best technologies and services available,” said Chicago Bears General Manager, Ryan Pace. “By offering the most accurate and efficient tracking technology, Zebra Technologies adds real value for our sports performance department and organization as a whole.”

Zebra’s tracking system uses RFID chips – which are embedded inside footballs, applied to players’ shoulder pads and sewn into their practice shirts and compression gear for non-padded practices – to transmit real-time location system (RTLS) data to system receivers positioned around stadiums and at teams’ practice facilities.

“We are proud to work with such an iconic organization as the Chicago Bears. The team has implemented our practice tracking system at Halas Hall to monitor its players’ activities and development as well as analyze their performance throughout the season,” said John Pollard, Vice President, Zebra Sports Business Development, Zebra Technologies. “Bears staff members can access the tracking information to support a new level of informed decision-making in an efficient manner.”

The Zebra MotionWorks™ Sport tracking system captures metrics such as player participation, speed including acceleration and deceleration, per play and aggregate distance traveled, orientation and proximity to the ball, as well as, all other players on the field. The information captured by the Zebra system is then utilized by the Bears to calculate and analyze vast amounts of information about every player for every repetition in practice and every play of a game throughout the course of a season.

Zebra provides similar real-time location insights to leading companies in other industries such as retail, healthcare, manufacturing and transportation and logistics to help them improve their operational efficiencies and real-time decision making.

Last year, Zebra extended its NFL partnership as the Official On-Field Player Tracking Provider through the 2021 season. Zebra has worked with the NFL to implement a best-in-class player and ball tracking system and helped launch a new era of football data and analytics known as Next Gen Stats, allowing fans, media and teams to understand the game in a whole new way.