Motivated not only by Amazon’s recent experiment into brick-and-mortar, the world's top retailers also hope to shave labor costs and minimize shoppers’ frustrations, like waiting for cashiers. 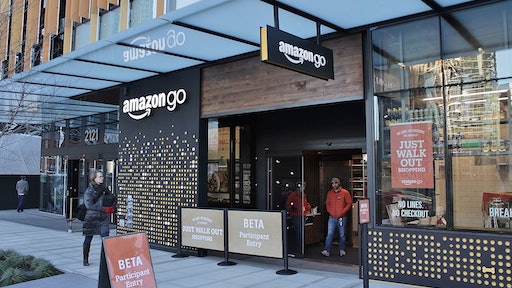 A global race to automate stores is underway among several of the world’s top retailers and small tech start-ups, reports The New York Times. Motivated not only by Amazon’s recent experiment into brick-and-mortar, they are also hoping to shave labor costs and minimize shoppers’ frustrations, like waiting for cashiers.

Companies are also testing robots that help keep shelves stocked, as well as apps that let shoppers ring up items with a smartphone. High-tech systems like the one used by Amazon Go completely automate the checkout process. China, which has its own ambitious e-commerce companies, is emerging as an especially fertile place for these retail experiments.

These new technologies if successful could add further uncertainty to the retail workforce, which has seen significant changes with the growth of online shopping. An analysis last year by the World Economic Forum said 30 to 50 percent of the world’s retail jobs could be at risk once technologies like automated checkout were fully embraced.

Why Neural Thinking is Imperative for Manufacturing Resiliency Amidst COVID-19